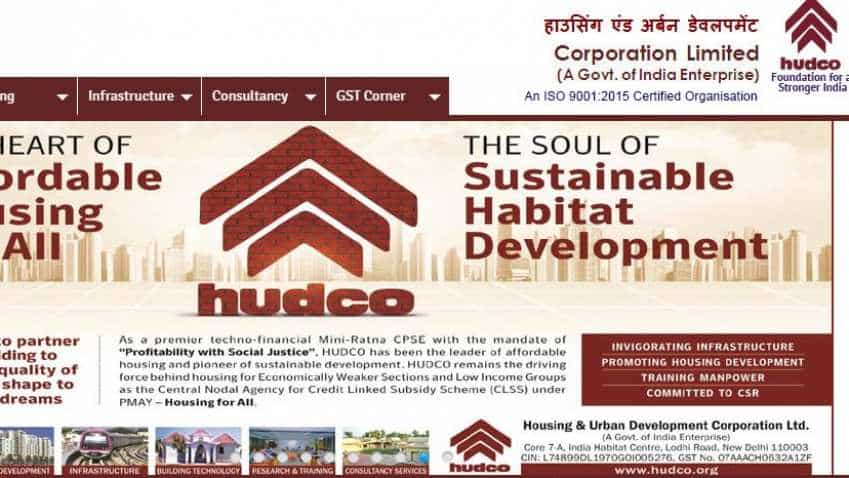 The company holds almost no excess liquidity and it manages its liquidity by matching maturities of assets and liabilities. Official website grab
Written By: PTI
RELATED NEWS

Global rating agency Moody's assigned Baa2 rating to Housing and Urban Development Corporation (Hudco) and kept its outlook stable due low credit risk business model and support from the government. The agency assigned a baseline credit assessment (BCA) of ba1 to the company. "The ba1 BCA reflects the fact that almost all lending is to entities owned by Indian state governments, resulting in a low credit risk business model. A large portion of this lending has explicit guarantees from the state governments, as well as provision for loan servicing from the respective state budgets," the rating agency said in a note.

The agency further said the key credit weakness of the company is its funding and liquidity management. Its status as a government-owned company results in very good access to domestic sources of wholesale funding, including from banks and the bond market, it said.

The company holds almost no excess liquidity and it manages its liquidity by matching maturities of assets and liabilities. The rating agency said an upgrade of the ratings is unlikely, because Hudco's issuer rating is already at the same level as the government's sovereign rating (Baa2 Stable).

It, however, said the company's BCA could be upgraded if there is a significant and sustained improvement in its liquidity profile, particularly an increase in excess liquidity on its balance sheet to buffer against potential adverse market conditions.