Ambani said execution is the key challenge and added that technology will help us overcome the bureaucratic obstacles. 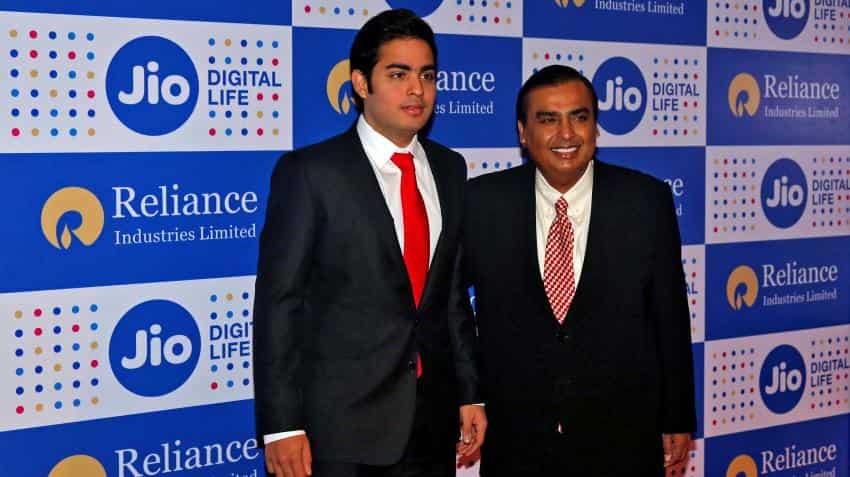 RIL is getting at least two-three such talent every month, he said. Photo: Reuters
Written By: PTI
RELATED NEWS

Mukesh Ambani on Saturday said he once had a very different career in mind before his father asked him to join the Reliance Industries.

"Before my father (the late Dhirubhai Ambani) brought me into Reliance, I wanted to work for the World Bank for a while or teach in a university," Ambani said, speaking at India Today Conclave here.

"With my wife (Nita) being a teacher, she is now telling me it's high time I have taken up teaching. So going forward, both of us will be involved in education a lot more. It's something we want to do more for our own personal satisfaction," he said.

To a question what money means to him, the country's richest man said "nothing".

"Money means nothing to me really. My father used to always tell me that if you start anything just to make money, then, in his own words, `you are a fool,' because you will not be good at anything else and also not make money.

"Instead if you start with a purpose...You want to do what nobody else has done, then money is the byproduct but that byproduct should never be important," he said.

Days after terming the protectionist bent of the Donald Trump regime as a "blessing in disguise", Ambani said it's "high time" we promoted reverse brain-drain wherein our brightest talent come back and serve the homeland.

"It's high time that our brightest and the best work for the benefit of India and Indians," Ambani said. When asked whether he sees a reverse brain-drain, he quipped "without doubt".

"By whatever fate they are brought back to this country, they can help improve the lives of 1.3 billion citizens and put together a new developmental model...There cannot be a better blessing in disguise than that," Ambani said.

He said of late RIL is getting many Indians who have held leadership roles in other countries in the past. RIL is getting at least two-three such talent every month, he said.

"We have more talent knocking at our doors because at the end of the day, 'har ek ka dil hain Hindustani'. People want to do things for India," he said.

Addressing the annual Nasscom summit here last month, Ambani had said the Trump administration's protectionist policies like limiting the number of H1B visas, could prove to be a blessing in disguise for the country.

"Trump can actually be a blessing in disguise. Our IT industry can focus on solving the problems right here, which is a huge market," he had said in a stance which was seen as contrary to the prevailing atmosphere of paranoia and fear about the future.

Ambani today said we are fortunate to be an open market with a leader who understands technology. He recalled how Prime Minister Narendra Modi spent an entire dinner meeting with the last American president Barack Obama discussing how technology could resolve many of the problems the world is seeped in.

The recent note-ban exercise will lead to greater proliferation of digitalisation and take the country from a cash-based economy to a "cash optimal" one, he said.

He also said we should aim to be the largest economy when we celebrate the first century of our Independence in 2047, with a GDP of over USD 40 trillion from the current USD 2 trillion plus.

Ambani said execution is the key challenge and added that technology will help us overcome the bureaucratic obstacles.