The platform had earlier in July received USD 0.5 million capital in bridge round from Mumbai Angels Network, along with its existing investor NEDFi Venture Capital. 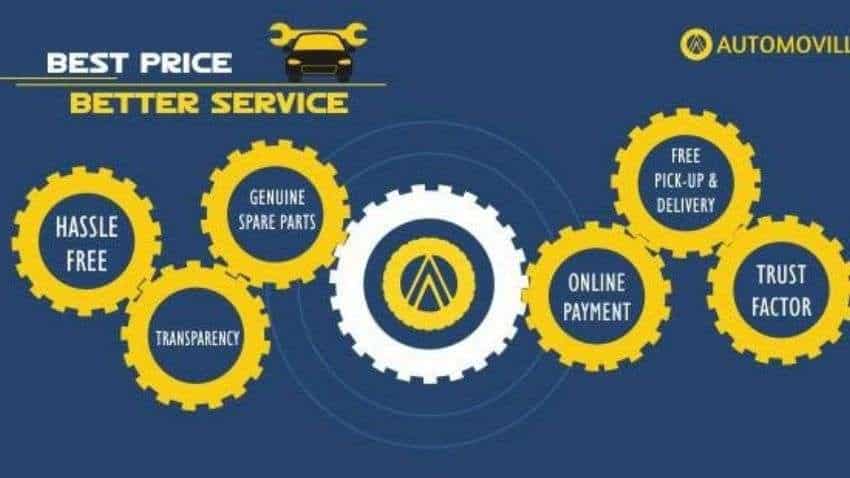 While the startup already has served over 1,00,000 orders across 12 cities, it plans to expand its footprint in other geographies and deploy tech solutions.

Full-stack mobility start-up Automovill on Monday said it has raised an undisclosed amount from Angel Bay for ramping up infrastructure and widening its presence to over 20 cities.

The platform had earlier in July received USD 0.5 million capital in bridge round from Mumbai Angels Network, along with its existing investor NEDFi Venture Capital.

The latest round of funding, which is the top-up to the bridge round, saw the participation from Santosh Chandra, CEO at Essar Oil and Gas Exploration and Production, and executives from Google and PWC, Automovill said in a release.

While the startup already has served over 1,00,000 orders across 12 cities, it plans to expand its footprint in other geographies and deploy tech solutions, it said.

In order to execute the same, Automovill plans to exhaust funds to widen its wings in 20+ cities and in ramping up the infrastructure, said the release.

"The growth in the auto service sector has been overwhelming. People are avoiding shared mobility which has given a boost to private vehicles and associated services. With the support of right investors, we are able to raise consecutive rounds and catalyse our growth rate," said Mridu Mahendra Das, Founder, Automovill.

Spread across 12 cities, the platform is getting a good response, which has motivated it to penetrate deeper into the market, Das said.

"Automovill has been expanding at a great pace, clocking impressive numbers. With technology disrupting the auto service sector, there is a huge scope that still needs to be leveraged. Investing in one of the fastest growing mobility startups reinstates the wider horizons that are yet to be explored," said Sorabh Agarwal, Co-founder of AngelBay.

The brand has its portfolio studded with three Unicorns in the domestic automotive sector, the release stated, adding, it plans to reach a mark of 25,000 order, and presence across 20 cities by the end of the current fiscal.

"The mobility industry has been a delight for investors all across the world. In India, this was one of the unorganised sectors which explains the potential in holds. Automovill with its refined business model, right technology intervention and focussed approach will be able to reap it to the best," said Chandra.

Co-founded by M Das and Chinmay Baruah in Guwahati in 2016, the Bengaluru-based platform has handled over 1,00,000 cars for both retail customers and B2B customers, witnessing almost double the initially targeted traction, according to the release