Mobile data consumption is set to improve in five years but operators stare down the precipice of a Wi-Fi revolution. 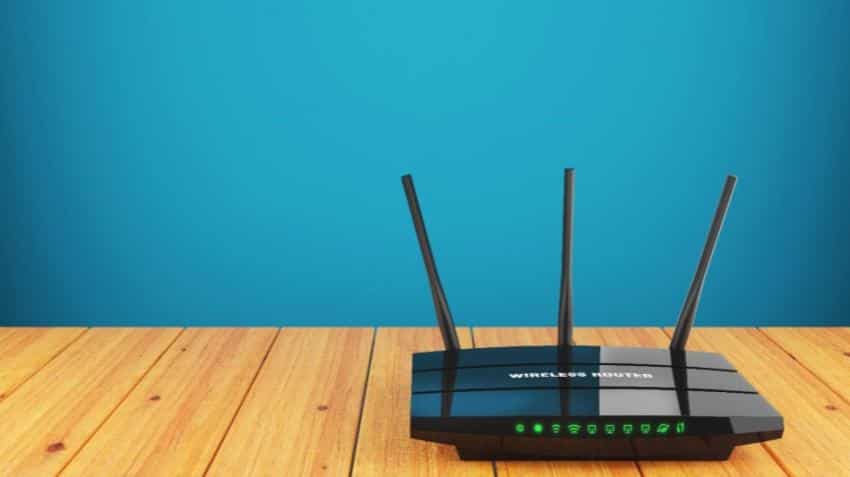 A taste of Reliance Jio’s freebies exposed India to high data consumption in the ending months of 2016. A report by CRISIL research on Tuesday showed that mobile data usage per user will reach 2.5GB per month in the next five years.

“Indeed, peak data usage for RJio reached 5-6 GB compared with 1.25 GB for the industry during the free services period. Many are betting the overall industry usage will gradually reach RJio’s peak levels,” the report said.

“CRISIL Research expects mobile data usage growth to moderate to ~12% annually and touch 2-2.5 GB per user in the five fiscals through 2022, and stabilise thereafter,” the analysts said.

“By 2022, mobile data subscriber penetration in India will have soared to 80% from less than 40% now, which means telcos will have to increasingly sweat per-subscriber usage to bolster incremental revenues thereafter,” the report said.

“Data from operators show that videos contributes nearly 80% to total data traffic (direct and indirect) in India,” the report said adding that it was ‘in line with evolved markets.’

In comparison to the past five years, the ‘four-fold’ growth of mobile data consumption cited by CRISIL is much slower.

Data usage has grown since FY13, as shown by CRISIL report; however 4G average data usage will moderate to 3GB per month. 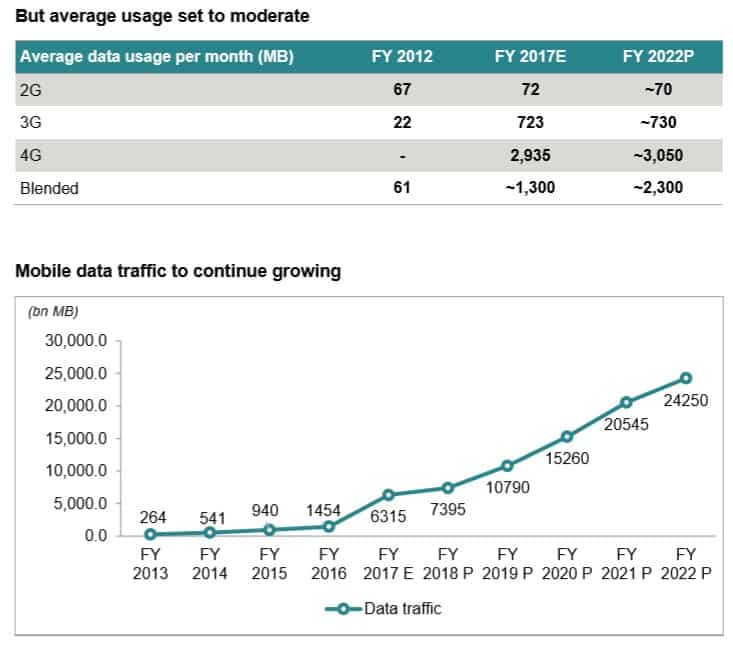 “One reason mobile traffic has been able to sustain despite the fact that service levels of Indian mobile networks are not at par with international standards is poor Wi-Fi infrastructure. India lacks in Wi-Fi hotspots, which is reflected in the time spent on surfing internet over Wi-Fi being a low 18% compared with 50% in the US,” the report said.

Reliance Jio is now ramping up to launch its JioFiber broadband services and is even seeking permission to connect colleges using Wi-Fi. Other telcos will not be far behind.

The report pointed out that Wi-Fi services are not as expensive as mobile data.

“The cost of offering internet services on Wi-Fi is significantly lower than that on mobile networks. The Wi-Fi cost per MB is ~2 paise on average, or a seventh of that for mobile internet,” the report said.

With Wi-Fi hotspots coming up at coffee shops, theatres and even railway stations, the dependence on them will curb the growth of mobile data consumption.

“We are at the beginning of a rapid transition of data traffic from mobile to alternative networks. Hence, the mobile data party has a higher probability of stabilising than continuing at the current pace,” the report added.