Mahindra & Mahindra (M&M) on Friday reported a consolidated loss of Rs 3,255.02 crore for the January-March quarter. 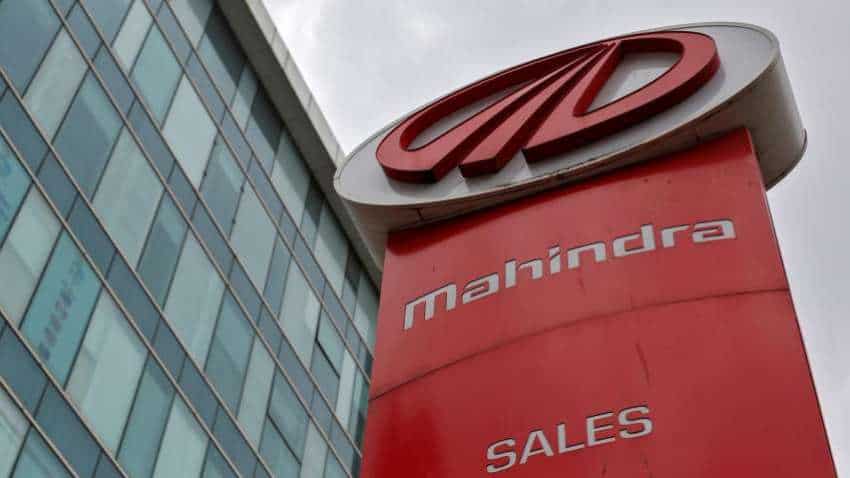 M&M said it may consider giving up control of its loss-making Korean arm SsangYong Motor Company besides selling its electric two-wheeler company in the US. Photo: Reuters
Written By: PTI
RELATED NEWS

Mahindra & Mahindra (M&M) on Friday reported a consolidated loss of Rs 3,255.02 crore for the January-March quarter, and said it may consider giving up control of its loss-making Korean arm SsangYong Motor Company besides selling its electric two-wheeler company in the US. M&M is also said it is carrying out a detailed analysis of all its loss-making international subsidiaries, after which it will take a call on each of them. The company is also slashing the capex for the fiscal by 10-15 per cent than earlier planned, it said.

"We have taken some hard calls during this period (COVID-19) such as not investing in SsangYong and we have also decided to exit the electric scooter and bike business in the USA. We are also carefully examining (all other) the loss-making businesses," Pawan Goenka, Managing Director, M&M Ltd told reporters at a virtual press conference after announcing the financial results.

Mahindra holds a majority 75 per cent stake in the South Korean automaker.

The company along with Mahindra Vehicle Manufacturers Ltd (MVML) had posted a net profit of Rs 969.25 crore for the January-March period of 2018-19.

Revenue from operations declined to Rs 9,004.72 crore during the fourth quarter compared with Rs 13,807.88 crore in the same period of corresponding fiscal, M&M said.

On a standalone basis, the auto major reported a net loss of Rs 2,502 crore for the fourth quarter as compared with a net profit of Rs 849 crore in the January-March period of 2018-19, it said.

About 80 per cent of the Rs 2,719 crore impairments in Q4 was from just two companies SYMC and Genze (the US electric two-wheeler brand). We will not cut capex in any of our key future products. We have taken some tough calls on capital allocations on businesses we are not supporting or getting out of, Goenka said.

M&M invested 40 billion Korean Won in SYMC and it has managed this quarter quite well despite the slowdown. They have been able to significantly reduce their expenses. SsangYong needs a new investor. We are working with the company to see if we can secure investment, " he added.

Goenka said that Mahindra has been "struggling" in the two-wheeler business for some time in terms of volumes for e-bikes and e-scooters.

"We have now made a decision to shut down that business in three-to-six months and we are right now liquidating all the stocks that we have," Goenka added.

M&M Deputy Managing Director and Chief Financial Officer Anish Shah, however, said that if a new investor comes on board the company may even offer M&M's stake in SYMC.

"If a new investor comes on board, that automatically takes our stake down, or they may even buy our stake," Mahindra's deputy managing director, he said.

"We have been able to maintain operating margin at the previous year level. We have also increased our market share both in tractors and commercial vehicles."

He said that factors such as economic slowdown and then COVID-19 had a huge impact on the volume and financials in the March quarter of FY2020.

"At this point, it is going through a detailed analysis. Over the next 12 months, we will complete that for all the businesses and then we will have a final call on which ones should we stay and which ones we should exit based on capital allocation,? he added.

Rajesh Jejurikar, Executive Director ? Auto and Farm sectors, Mahindra and Mahindra Ltd, said that the decline in volume was on account of COVID impact coupled with a fire in the facility of a key supplier in March as well as almost no sales in the last 10 days of March.

On the Mahindra-Ford tie-up, Jejurikar said that though the joint venture launch is delayed, adding that, "we see a lot of potential coming out of co-sharing of investment and technology in the JV.

"We have already seen economy of scale coming out of joint sourcing both ways. There is a lot of work happening on product development and capacity utilisation and, of course, opportunity to export to emerging markets using the Ford network and ecosystem."

"There has been progress so far on specific products we have been working on aggregates but the JV start date is delayed unfortunately due to the shutdown," he added.

On the demand side, he said the company was seeing very strong demand in rural areas and the key challenge was how effectively we ramp up to leverage the rural opportunity."

He said the tractor plants are operating at more than 80 per cent of the capacity and the company is working closely with all its financers to align for financing solutions.

M&M is looking at breakeven in its tractor business in the US this fiscal, he added.