M&M Chairman Anand Mahindra says, 'I am the storm'; here's why 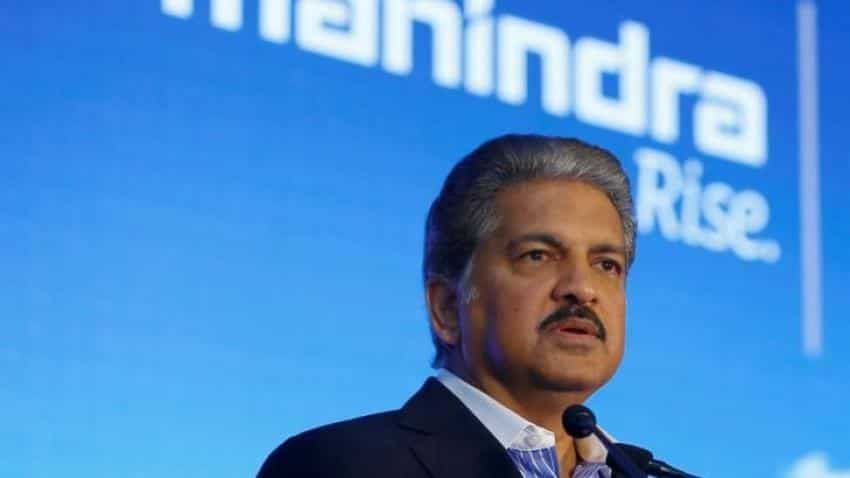 After passenger car maker Mahindra & Mahindra surpassed analysts estimates in both bottom-line and top-line performance in Q4FY18, the company's chairman Anand Mahindra took to his Twitter account and reacted to this performance. From the tweet, one can surely tell Anand is happy with M&M's FY18 fiscal performance. He tweeted, "The devil whispered in my ear, you’re not strong enough to withstand the storm." He added, "Today, I whispered in the devil’s ear: I AM the storm..”

A Bloomberg poll of analysts predicted net profit and revenue of M&M to come in at Rs 1,050 crore and Rs 13,110 crore respectively during this period.

“The devil whispered in my ear, you’re not strong enough to withstand the storm. Today, I whispered in the devil’s ear: I AM the storm..” https://t.co/3xWyNGNPfo

Following the Q4FY18 announcement, even investors boosted the stock price of M&M as it surged by 2.16% and also touched intraday high of Rs 868 per piece on BSE.

M&M said, “Domestic sales crossed the 5,00,000 mark after a gap of five years. The company achieved its highest ever sales for Scorpio and Pik-Ups this year and Bolero volumes crossed 1 million since launch. Also, in F2018, the company recorded its highest ever tractor volumes for both domestic and export, and retained the leadership position for the 35th consecutive year.”

For further outlook M&M said, “Economic activity is expected to gather pace as the transitory effects of implementation of the goods and services tax (GST) recede. This outlook will also be lifted by tailwinds from normal rainfall with the weather bureau forecasting a 'normal' monsoon for the third successive year in its first stage long range forecast.”