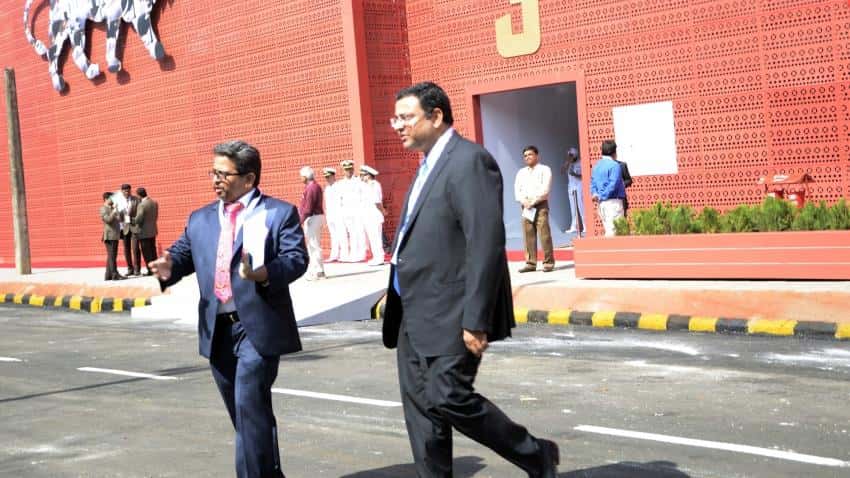 Former ousted Tata group chairman, Cyrus Mistry, at the inauguration of the Make In India Centre during the `Make in India.` Image Source: IANS

Remembering the ‘unprecedented’ events that occurred on October 24, a statement from Cyrus Mistry’s office said that he was given just a five minute warning before he was shown the door.

“Five minutes before the Board Meeting scheduled on October 24, 2016, Mr. Nitin Nohria and Mr. Tata came to Mr. Mistry's room and told him that on that very morning, the trustees had taken a decision to replace Mr. Mistry ostensibly because Mr. Tata could not get along with him,” the statement read.

Further stressing on the conundrum that awaited him, the statement read, “The fait accompli presented to Mr. Mistry was that he could leave or face a sacking at the Board Meeting scheduled in the next 5 minutes.”

Ratan Tata had on Wednesday written to the shareholders of the Tata companies stating that the group had given Mistry a chance to voluntarily step down.

“Since Mr. Mistry was appointed as a Director of various Tata Group companies only as a corollary to his being the Chairman of Tata Sons, the right step would have been for him to resign as Director. Unfortunately, he has not yet done so, and his continued presence as a Director is a serious disruptive influence on these Company boards, which can make the company dysfunctional, particularly given his open hostility towards the primary promoter, Tata Sons," Tata said.

To this Mistry retaliated saying that the statements made by him were ranging from 'misrepresentation and convenient mischaracterisation.'

“First, it is evident that seven weeks after the unprecedented conduct on October 24, 2016, severely damaging the century-plus Tata legacy, Mr. Ratan Tata has completely failed to offer a single reason for his inexplicable actions,” the report said.

Adding to that, it said, “Second, Mr. Ratan Tata does not speak the truth.  His claim that Mr. Mistry's treatment at Tata Sons Board on that day was well-deliberated and was preceded by various attempts to discuss with Mr. Mistry is a lie.”

Mistry’s office also pointed out that a few weeks before he was ousted, the Board had accepted the Nomination and Remuneration Committee's endorsement of his performance.

“At the meeting, every legal procedure was thrown to the wind and the blemish-less history of Tata Sons' was destroyed.  Neither was there any deliberation nor was there any prior attempt at remediation as Mr. Ratan Tata now seeks to make out,” the statement from Mistry’s office said.