Mistry is violating his self-propounded rules, not us, says Tata Sons 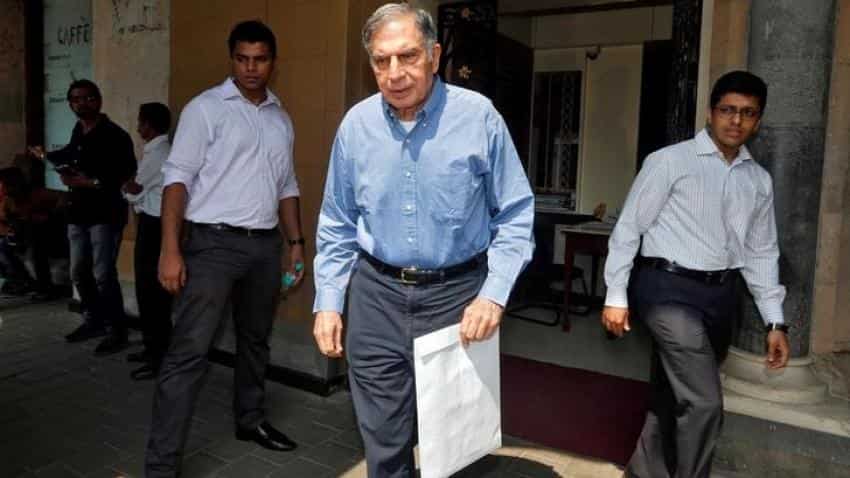 Tata Sons said that the group’s guidelines that Mistry is referring to prescribes that he steps down from other boards himself. Interim chief, Ratan Tata. Image Source: Reuters

In yet another move to exile the already ousted Cyrus Mistry, Tata Sons pointed out on Tuesday night that Mistry is violating the guidelines that at one time he had advocated for.

“It is he who is violating the Guidelines that he himself propounded, and not Tata,” Tata Group spokesperson said.

Reiterating that Mistry was taken off the Board of the group, Tata Sons said that the group’s guidelines that he is referring to prescribes that Mistry steps down from other boards himself.

The above statement was made in retaliation to a statement from Mistry’s office which read, “They have also exposed the Tata Group to perilous violation of regulatory requirements, seeking to procure unpublished price sensitive information from listed Tata Group companies, breaking down governance. This has the potential to hurt Shareholders values and it's a sorry allegation to attempt to throw back.”

Earlier on in the day, Tata Power had issued a statement to its shareholders urging them to vote out Mistry for failure to do so would put the company in a tight spot and it may have to lose the ‘Tata’ brand and all the privileges that it holds.

“Any value to our Company in being associated with the ‘Tata’ brand may consequently be lost. Loss of this brand value could cause diversion of management time into rebuilding and restoring its reputation which could have a material adverse effect on Tata Power’s business, financial condition, results of operations and prospects,” Tata Power said.

Tata Sons had also issued a statement speaking up for the abuse of control by trustees of Tata Trusts, which without naming any names boils down to Cyrus Mistry.

Mistry’s office rebutted saying, “Far from Mistry taking over control over all Tata Group activity, it is a matter of record that the governance guidelines developed under him in consultation with the board of directors of Tata Sons, and CEOs and independent directors of various Tata Group operating companies, subjected Mistry himself to an unprecedented scrutiny of nearly 50 individuals who appraised his corporate performance.”

Ratan Tata Net Worth: Why Emeritus Chairman of Tata Sons is not among world’s richest persons? Happy Birthday Ratan Tata