Mindtree takeover not hostile, but an act of love: Larsen & Toubro

L&T bought 20.4 per cent stake in Mindtree from Cafe Coffee Day founder V.G. Siddartha for about Rs 3,300 crore and expressed its intent to buy additional stake in the Bengaluru-based midcap company through an open offer. 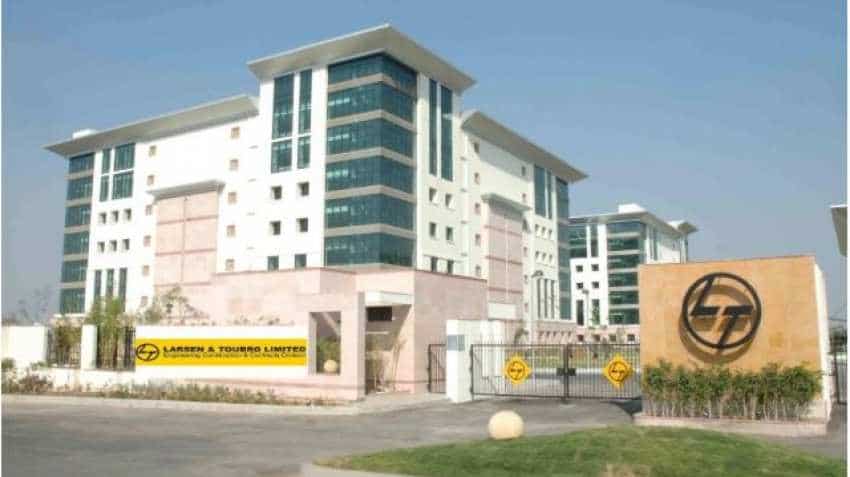 L&T Managing Director and Chief Executive Officer S.N. Subrahmanyan on Tuesday said it was an "act of love and with all the heart". Image source: L&T official website
Written By: IANS
RELATED NEWS

Refusing to accept Larsen & Toubro Ltd`s takeover of IT services firm Mindtree as hostile, L&T Managing Director and Chief Executive Officer S.N. Subrahmanyan on Tuesday said it was an "act of love and with all the heart". "What we are trying to do is, if I can use the word `pyar`.. and we will continue to look at it as something we are doing from our `dil` and we would like and intend to take it forward in the same manner and purpose," Subrahmanyan told reporters here.

Allaying fears of founders, employees and other investors of Mindtree, who have voiced their protest against the hostile takeover by the diversified conglomerate, he said Mindtree would continue to run as an independent business with its culture intact.

"Mindtree with our investment therein, will be run as an independent company - with its board, with its management. L&T at best will provide board oversight, management connect, value addition, benefits," he said, adding their oversight will be at "50,000 feet".

On Monday, L&T bought 20.4 per cent stake in Mindtree from Cafe Coffee Day founder V.G. Siddartha for about Rs 3,300 crore and expressed its intent to buy additional stake in the Bengaluru-based midcap company through an open offer.

Subrahmanyan said he understands the emotions of founders, promoters and employees, but "business is business" and that emotions have to be overcome to take things forward. "It was Siddartha (Cafe Coffee Day founder) who approached L&T first".

Further, he said Siddharth, who was part of the Mindtree shareholding for about 19 years, is an involved person and as an original promoter there is a lot of emotion and a sense of pride within him which made him look for a buyer with similar values.

"He wanted to house it with a set of people or a group in which he saw the same type of governance values, principles, ethics of business and somebody who would look at it the way he had looked at it, from a long term perspective and a good sportsmanship point of view."

He said the big portion of L&T was coming from engineering, procurement and construction (EPC), the projects business and manufacturing, which gave a return of 6-7 per cent, and over the last few years there was a push to services business with 15-16 per cent return.

With focus on opportunities on the services side, L&T is seeing good growth coming from LTI, earlier known as L&T Infotech, technology services business LTES, L&T Finance and realty business. It made sense to grow this business a little faster, he said.

"I would like to take this opportunity to reassure Mindtree, its promoters, Board of Directors, employees and stakeholders that this is an 80-year-old company, it has got some of the highest governance values, the Chairman is a legend," Subrahmanyan said.

"We intend taking it forward in the same manner as Mindtree is being run right now, with the same purpose, same beliefs, same culture, value systems," he added.