Microsoft surpasses Apple to become most valuable US company

Microsoft has become the most valuable US company with $753.3 billion in market capitalisation, riding past Apple for the first time since 2010 when it came close to the Cupertino-based tech giant. 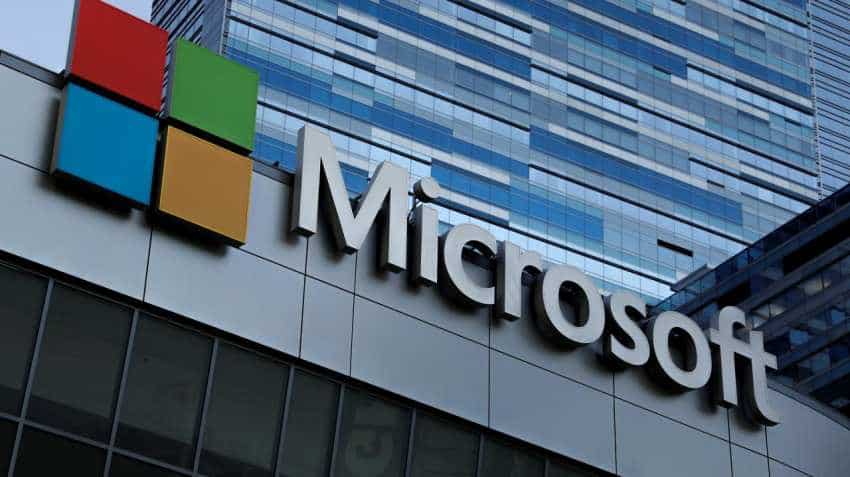 Revenue was up 19 per cent while net income increased by 34 per cent. Operating income was $10 billion and increased 29 per cent. Image Source: Reuters

Microsoft has become the most valuable US company with $753.3 billion in market capitalisation, riding past Apple for the first time since 2010 when it came close to the Cupertino-based tech giant.

Apple, which became the first $1-trillion US company in August, came down to $746.8 billion on Friday, owing to lower-than-expected iPhone sales amid reports of its suppliers cutting cost and workforce Amazon with $736.6 billion is currently at third and Alphabet (the parent company of Google) with $725.5 billion is at the fourth spot.

"With Microsoft now overshadowing all three, including Alphabet Inc, the firm now looks to be the most valuable tech company of the Silicon Valley giants," mspoweruser.com reported.

The investors are now betting big on companies with robust Cloud services and software services which are witnessing an increased demand from big and small enterprises the world over for their digital journey, at a time when giants like Facebook and Google face intense scrutiny for users` data practices.

Riding on its growing Azure Cloud, gaming and Surface laptop portfolio, Microsoft posted a revenue of $29.1 billion and net income of $8.8 billion for the first quarter of its 2019 financial results.

Revenue was up 19 per cent while net income increased by 34 per cent. Operating income was $10 billion and increased 29 per cent.

"We are off to a great start in fiscal 2019, a result of our innovation and the trust customers are placing in us to power their digital transformation," CEO Satya Nadella said in a statement.

Revenue in Intelligent Cloud was $8.6 billion and increased 24 per cent. Server products and Cloud services revenue increased 28 per cent driven by Azure revenue growth of 76 per cent, Microsoft informed.

On the other hand, slower-than-expected demand has reportedly led Apple to direct its top phone assemblers, Foxconn and Pegatron, to halt a planned production boost for iPhone XR, a relatively cost-effective model that hit the shelves late last month.

Foxconn, a Taiwan-based company, would produce around 100,000 fewer units daily to reflect the new demand outlook, down 20-25 per cent from the original optimistic outlook, Japanese financial paper Nikkei reported earlier this week.

The estimates of iPhone XR have been cut by nearly 30 million shipments, according to an Apple analyst.

Ming Chi-Kuo, an Apple analyst working with TF International Securities, said earlier this month that shipment forecast for the iPhone XR has been cut from 100 million units to 70 million units during the product lifecycle.

Rategain Travel Technologies IPO opens on December 7; what should investors do?