Microsoft Corp on Tuesday reported its Azure cloud computing services grew 50%, the second quarter of acceleration in a business that had begun to slow as the global pandemic benefited the software maker`s investment on working and learning from home. 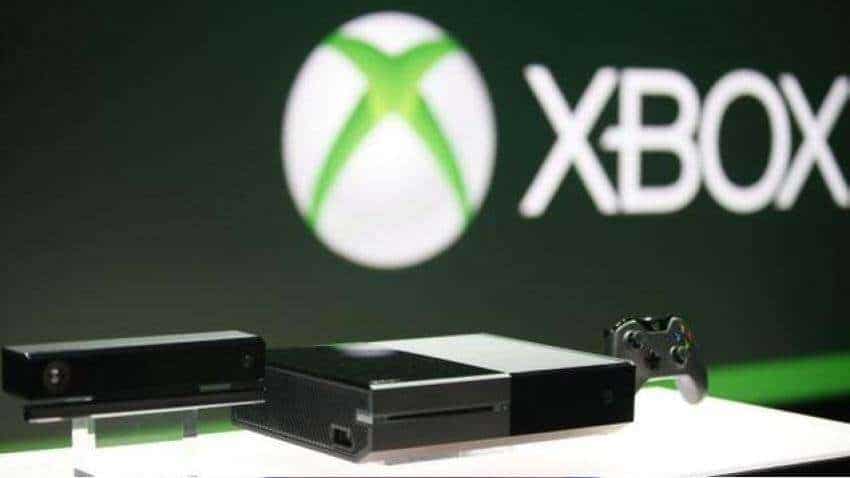 Microsoft Corp on Tuesday reported its Azure cloud computing services grew 50%, the second quarter of acceleration in a business that had begun to slow as the global pandemic benefited the software maker`s investment on working and learning from home.

The company`s shares rose 5% in extended trading after gaining about 41% in 2020 as COVID-19 shifted computing to areas where the software maker has bet big. It also saw a surprise recovery in sales on the LinkedIn professional social network and navigated a chip shortage that had threaten to hold back its Xbox business.

The shift to work from home due to the COVID-19 pandemic has accelerated enterprises` switch to cloud-based computing, benefiting Microsoft and rivals such as Amazon.com Inc`s cloud unit and Alphabet Inc`s Google Cloud.

On a conference call with investors, Microsoft executives said they expect a midpoint of $14.83 billion in revenue from the company`s "Intelligent Cloud" segment for the fiscal third quarter, compared with Wall Street expectations of $14.12 billion, according to Refinitiv data. For the company`s productivity segment and its personal computing segment, sales are expected to have a respective midpoint of $13.48 billion and $12.50 billion, compared with estimates of $12.90 billion and $11.60 billion, according to Refinitiv data.

Microsoft said GamePass, the company`s $10 monthly gaming subscription, has 18 million users, up from 15 million disclosed in September. The Xbox Live online gaming service has more than 100 million monthly active users. Microsoft did not give an update on the 115 million Teams daily users it disclosed in October but did say that the mobile version is used by 60 million daily users.

Microsoft said revenue in its "Intelligent Cloud" segment rose 23% to $14.6 billion, with 50% growth in Azure. Analysts had expected a 41.4% growth in Azure, according to consensus data from Visible Alpha. The previous quarter Azure grew 48%.

"This was really driven by continued customer demand, with stronger-than-expected consumption as customers have increased their focus on digital transformation," Microsoft Chief Financial Officer Amy Hood told Reuters in an interview.

Atlantic Equities analyst James Cordwell said that last year, "economic weakness and delays in implementation had masked the extent to which Azure was benefiting from the accelerated shift to the cloud caused by the pandemic. But with these results that benefit is now plain to see."

LinkedIn revenue growth, which dipped as the pandemic shut down businesses, reached 23%, near its pre-pandemic rate of 24% a year earlier. Hood said advertisements on LinkedIn drove the increase.

"We continue to see advertising market recovery," she said.

Microsoft bundles several sets of software and services such as Office and Azure into a "commercial cloud" metric that investors watch closely to gauge the company`s progress in selling to large businesses.

Commercial cloud gross margins - a measure of the profitability of its sales to large businesses - were 71% in the quarter, compared with 67% a year earlier.

Revenue from its personal computing division, which includes Windows software and Xbox gaming consoles, rose 14% to $15.1 billion, driven by strong Xbox content and services growth, beating analysts` estimates of $13.5 billion, according to IBES data from Refinitiv.

Microsoft in November released two new Xbox consoles, its most visible non-work and non-school brand, but the hardware proved difficult to find as a global semiconductor shortage contributed to tight stocks as many retailers. Xbox hardware sales were up 86% despite the shortages, and Hood said growth is likely to continue, with older models also contributing to sales.

"Demand still outpaces supply, and we do expect that to continue," Hood said. "The team did a nice job of getting consoles, both of this newest generation as well as continuing to sell the older generation, which provides a great value for gamers."

Microsoft`s gaming business topped $5 billion in quarterly sales for the first time ever and was propelled by gaming subscriptions and sales as well as new consoles. Microsoft said Xbox content and services revenue grew 40% in the quarter.

The software giant`s overall revenue rose to $43.08 billion in the second quarter ended Dec. 31, from $36.91 billion a year earlier, beating analysts` estimates of $40.18 billion, according to IBES data from Refinitiv.

(Reporting by Akanksha Rana in Bengaluru and Stephen Nellis in San Francisco; Editing by Sriraj Kalluvila and Lisa Shumaker)