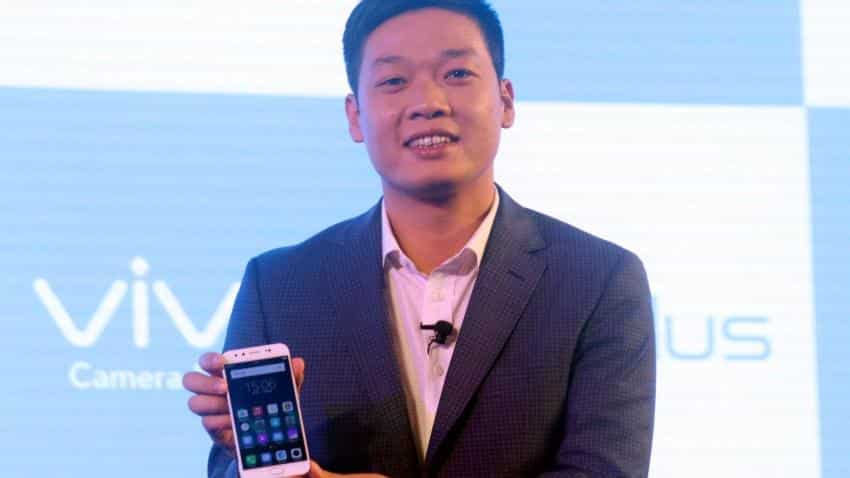 Chinese brands raced to capture a combined 46% of the total smartphone shipment in Q4 2016, up from 14% a year ago. 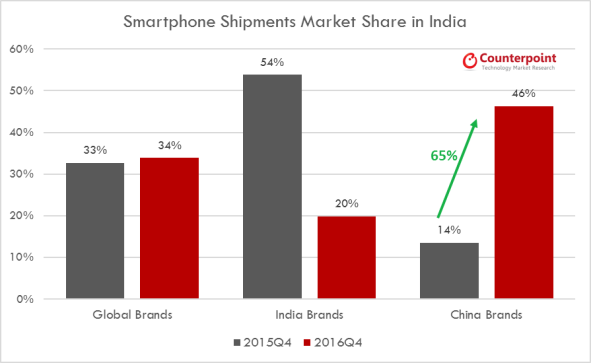 While the impact of demonetisation had its impact on Indian players, Chinese smartphone brands continue to expand their presence throughout India, riding on aggressive portfolio strategies and substantial marketing spends.

“Chinese brands OPPO, Vivo, Lenovo and Xiaomi continued to grow at the expense of Samsung and Indian brands. Their success was attributable to a variety of factors including strong marketing and channel push, as well as better access to components that were in limited supply. As a result Chinese brands captured close to 50% market share,” the report said. 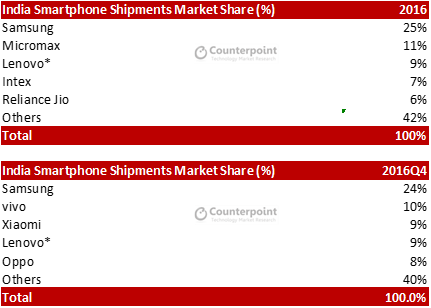 Demonetisation has widened the usual seasonal decline from estimated 12% to 19% year on year.

Next in line was Vivo with a 10% market share in India. It was closely followed by Xiaomi and Lenovo (which includes Motorola) with each a 9% market share in Q4 2016. Oppo summed up the top 5 smartphone players in India with an 8% market share.

However, in terms of overall Indian smartphone market share in 2016 Micromax still stood at No.2 spot with a 11% share. While another Indian brand Intex was at No.4 spot with a 7% market share, followed by Reliance Jio's LYF mobile with a 6% market share.