Messi affair: A series of unfortunate events for Tata Tiago 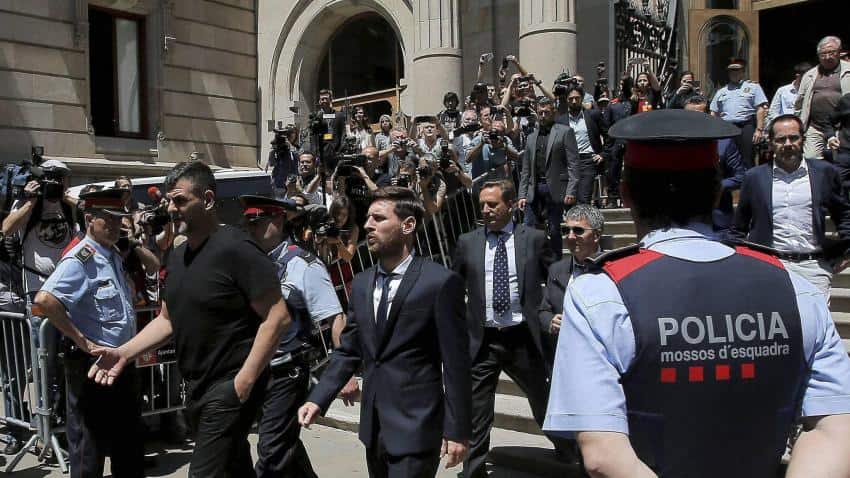 Tata Tiago WIZZ limited edition LAUNCHED! All you need to know about exterior, interior and price

Just a week ago Tata Motors came out in support of their brand ambassador Lionel Messi as he hung his boots in the international football arena.

Tata Motors on Monday said Argentine superstar Lionel Messi's decision to retire from international football will not affect his association with the company as its global brand ambassador. "This does not change our association with him," a company spokesperson said.

However, on Wednesday, things heated a bit more for the footballer ashis father and he were sentenced to 21-month in prison and a fine of 2.1 million Euros ($2.3 million) by a Spanish court for three tax evasion related crimes.

When contacted by Zeebiz the company said they did not want to comment until further details were available.

This response, clearly, is different from when the brand came out immediately in support of Messi when he announced his retirement. A company wishing not to comment on its future with its ambassador charged with tax fraud could meant that it is evaluating the consequences of the actions of the brand endorser and its impact on them.

In April, sales of the car stood at 3,022 units and in May it increased marginally to 3,287 units. Hardly enough to get Tata Motors on the track to recovery.

This is considering Tata Motors spent heavily to promote the Tiago which includes roping in international football star Lionel Messi (for an estimated Rs 12-15 crore) for the ad and even included a large marketing campaign during the launch. The company also created a special print ad campaign which gave people a virtual reality feel of the car, which cost Rs 6-7 crore.

While it remains to be seen what Tata Motors' decision will be with regards to their association with Messi, it seems that the car which was deemed to change the fortunes of Tata Motors is yet to find a way to get itself out of trouble.

Tata Tiago WIZZ limited edition LAUNCHED! All you need to know about exterior, interior and price