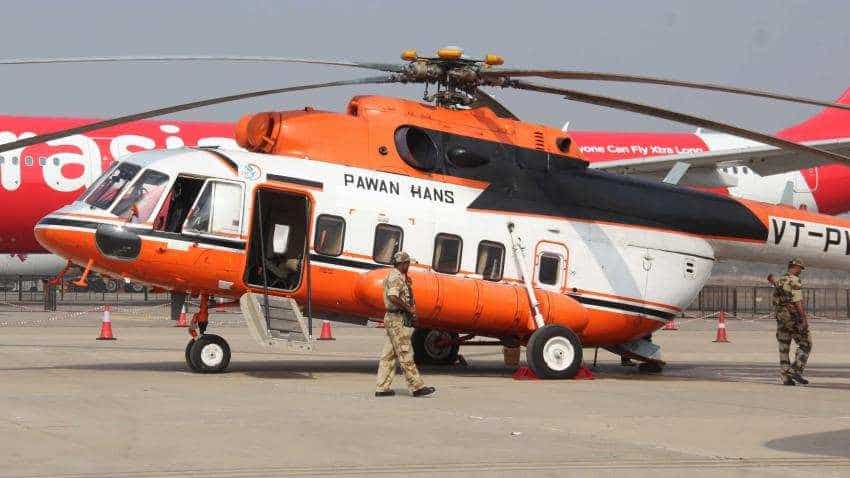 The union urged the government go for a public issue of Pawan Hans Ltd (PHL) as per the guidelines of DIPAM (Department of Investment and Public Asset Management) rather than opting for an outright sale of the aviation entity. Pawan Hans is a 51:49 joint venture between the central government and state-owned oil explorer ONGC.

After failing to get a good response to its first attempt to handover Pawan Hans to private players, the Centre on April 13 issued a fresh information memorandum for the 51 per cent stake sale in the company and sought EoIs (expressions of interest) from interested bidders by June 18. Later, fresh bids were invited after the ONGC board in July decided to combine its 49 per cent stake in the offer and extended the date to September 10 and then subsequently to September 19.

"The Pawan Hans Officers Welfare Association proposes strategic merger of PHL with HAL in a way the recent merger of Hindustan Petroleum Corporation Limited with ONGC and Hospital Services Consultancy Corporation (HSCC) with NBCC to bring more value to the parent organisation," the association said in the letter to Modi.

The merger of the two entities, in fact, would lead to better ecosystem and strengthen the countrys civil and defence aviation industries, it said.

Opposing the 100 per cent strategic sale of the company, the association said, "PHL should be placed in the listing for IPO as per latest guidelines of DIPAM as being a profit-making CPSE with positive net worth to have more autonomy and accountability as a responsible PSU to meet the strategic requirement through the company."

Pawan Hans currently has 42 helicopters in its fleet and before the government decided to privatise the company, it had proposed to induct another 100 aircraft along with some fixed-wing planes as part of a five-year business plan. Stating that the central public sector enterprises (CPSEs) are "critical" to the countrys development, PHOWA listed the objectives for which Pawan Hans was set up.

"Pawan Hans, a rini ratna CPSE, was set up with the primary objective of providing essential helicopter support services in strategic areas of importance such as oil and gas sector, medical emergency services, disaster management, security surveillance and operations in hilly and inaccessible areas of north-east, among others."

On the other hand, HAL has initiated `Make-in-India' programme of manufacturing small fixed wing aircraft (Dornier) and Dhruv Mak-III to bring it in the civil market, it said. "The combination of both the entities (PHL and HAL) will take forward the government agenda of `Make-in-India' and making flying more affordable through its `UDAAN' scheme by utilising the holistic competency of the companies," said the association.

UDAAN is a regional connectivity scheme under which the government plans to provide connectivity to remote areas and enhance access in under-served regions. "The predominant theme of PSU Conclave/Vision 2022 is the merger of similar CPSEs to benefit from economies of scale, increase competitiveness and access to cheaper international funding," the association said.