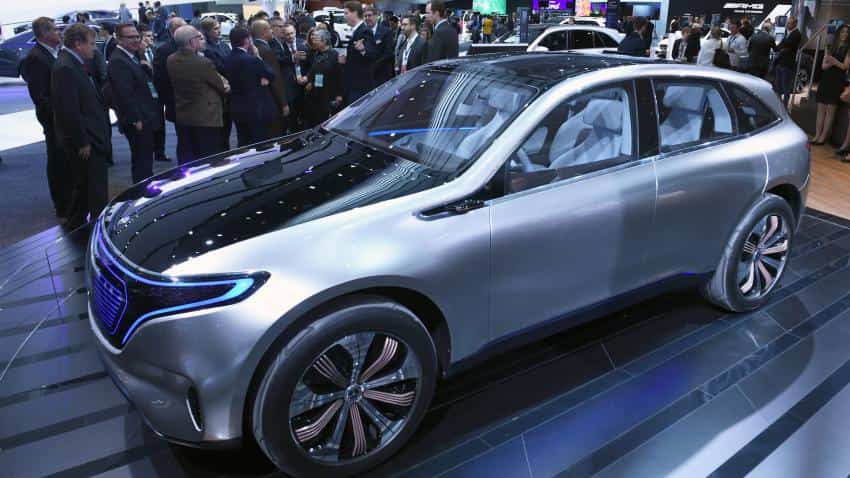 In spite of a marginal fall in sales due to ban on diesel vehicles for most of the year and demonetisation, world's largest luxury carmaker Mercedes could retain its foothold in domestic market for the second year in a row by selling over 13,000 units in 2016.

For the Pune-based Mercedes-Benz India, this is the second consecutive year of selling over 13,000 units in annual sales and the company sounded optimistic about 2017, given the strong momentum in December and January.

The company has been maintaining that it would be surprising if it crossed last year's sales numbers, as most of the year was wasted due to the Supreme Court ban on over 2000-cc diesel vehicles in Delhi and NCR, which constitutes about one-third of its market, and then note ban in November.

This comes as an additional icing on the cake for the company as its parent has overthrown homegrown rival BMW to become the world's largest luxe carmaker after more than a decade by selling the highest units in history.

"We have sold 13,231 units sold in 2016 period amid adverse market challenges, against 13,502 units in 2015. We have remained successful in retaining customer trust amidst challenges like the diesel ban for eight months in key Delhi NCR market, high Excise duty, rising prices and demonetisation effect in 2016," company's Managing Director & Chief Executive Roland Folger said.

He attributed the strong growth to robust sales from the SUV segment which grew by 20 per cent in 2016, with GLE emerging as the highest selling SUV in Merc portfolio followed by the GLA and GLS. The segment which witnessed the highest growth was the AMG and Dream Car portfolio, he said.

The C-class sedan remained the highest selling Mercedes-Benz model for second year in a row, replacing the E-Class sedan as the top seller, since 2015.

The company also said December sales were higher than the same month last year, despite the note ban effect.

Folger further said that, "2016 was a year of market challenges but despite facing such challenges, it is quite satisfying for us to have made best of the opportunities that we had. In 2016, we retained the customer's trust and loyalty and emerged as the most preferred luxury car brand here."

"We remain bullish on our outlook for 2017, and will continue with our customer centric initiatives, which is instrumental to our success in this dynamic market," he said.

In 2016, the company had launched 13 models, one more than what it had initially planned and added three more models to its local assembly line, taking the total number of locally assembled models to eight now.

Folger said that in 2016, the momentum of the brand was buoyed by its product strategy with all-round contribution from all the segments. The luxury SUV range of Mercedes-Benz grew by more than 20 per cent during the year, with GLE emerging as the highest sold SUV for the brand.

In luxury sedan segment, the C-Class sedan remained the highest selling car for Merc in the year, followed by E-Class and S-Class. However, the sports car and performance brand AMG and the Dream Cars achieved double digit growth, underlining Merc's dominance in performance car segment.

"Our strong sales momentum in 2016 underlines this customer trust on a winning brand, which strengthened the brand's position and market share, more than ever before. Our unmatched product strategy, network expansion drive, comprehensive financial programmes, supported by innovative and value-driven service excellence initiatives, buoyed our momentum," Folger said.

He said the sales achievement in 2016 despite the challenges makes them bullish for 2017 and gives confidence for the mid to long-term growth prospect of the market.

"In 2017, we will continue our winning philosophy with 'One Team, One Goal' approach, which aims at creating the best customer experience, through a range of varied customer centric initiatives," he added.