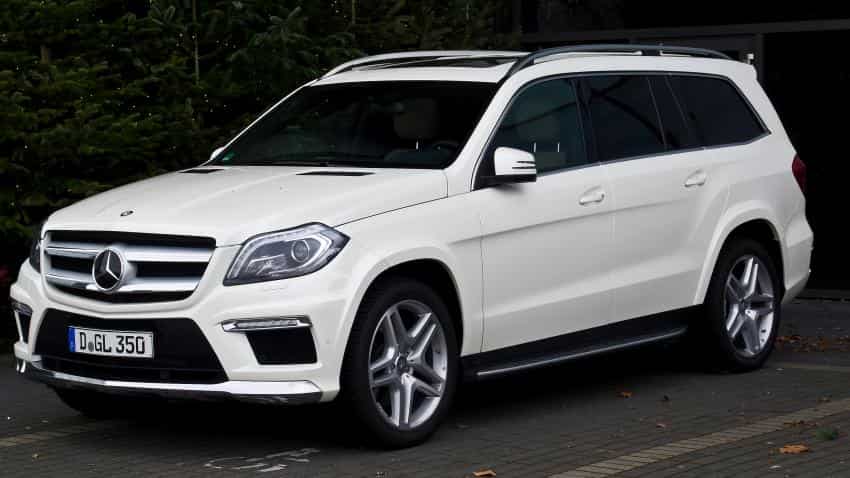 The company said it has completed offering petrol option along with diesel variants for all the models that it sells in India. Representational image. Photo: Wikipedia
Written By: PTI
RELATED NEWS

With the launch of the new vehicle, the company said it has completed offering petrol option along with diesel variants for all the models that it sells in India.

The GLS 400 4MATIC petrol, powered by a V6 engine has been launched in just three months of the introduction of the diesel variant, underlining Mercedes-Benz India's strategy of introducing the best products from the global portfolio in the shortest possible time, the company said in a statement.

"The introduction of the GLS 400 4MATIC is a strategic move as it gives the customers the flexibility to choose between the petrol and the diesel variants of their popular SUV," Mercedes-Benz India Managing Director and CEO Roland Folger said.

He further said: "This is also the fifth SUV variant we introduced this year, further bolstering our SUV portfolio which remains the most comprehensive in the luxury car segment. Our SUV segment has seen the maximum growth for the past two years and we are confident that this trend will continue."

On upcoming launches, Folger said: "We have five more products to be introduced in the coming months, including ones without any predecessor. With the upcoming festive season and a resurgence of customer sentiment, we have a positive outlook for the remainder of the year."

In July, the company had stated that it would have petrol versions of all its models sold in India by September as it looks to tide over uncertainties over diesel vehicles in the wake of pollution concern and the eight-month ban imposed by the Supreme Court ban on over 2,000cc diesel cars in Delhi/NCR.