The Ministry had suspended Mallya's diplomatic passport on April 15. 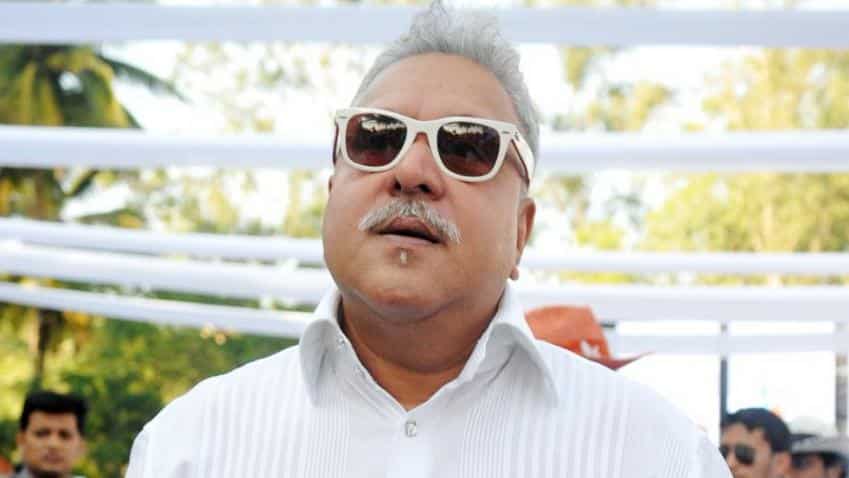 Mallya, who had refused to appear before the ED on three occasions when summoned between Mar 10 and April 2, had left the country on March 2. Photo: IANS
Written By: ZeeBiz WebTeam
RELATED NEWS

The Ministry of External Affairs on Thursday said that India has written to UK on deportation of Vijay Mallya, who is under the scanner of Enforcement Directorate for defaulting bank loans of over Rs 9400 crore.

Earlier, sources had said that once MEA decides to seek the deportation of Mallya, who is believed to be in the UK after leaving India on March 2, the Ministry will ask for its British counterpart's assistance in the matter.

The Ministry had suspended Mallya's diplomatic passport on April 15 and issued a show cause notice to him asking him why his passport should not be revoked.

India has two reasons to ask for Mallya's deportation-- a non-bailable warrant issued by the Mumbai Court and revocation of the passport.

But, Mallya can approach the British authorities to grant him permission to continue his stay in that country. He can also move Indian courts challenging the revocation of his passport.

Mallya, who had refused to appear before the ED on three occasions when summoned between Mar 10 and April 2, had left the country on March 2 the day the consortium of 13 banks that had lent him money had closed in on him by moving the Debt Recovery Tribunal.

Failing to respond to the ED summonses, Mallya had repeatedly sought fresh dates but the agency declined any further relief.

The ED noted that despite summons to him to join investigations on three occasions, Mallya deliberately avoided his personal appearance, which is a statutory requirement before the agency, in defiance of due procedures.

Investigations by multiple agencies are also on in several aspects of irregularities and criminal misconduct allegedly committed by Mallya including his role in the offence of money laundering, the sources said.

His failure to appear before ED under Prevention of Money Laundering Act tantamounted to wilful non-compliance and intended to deliberately scuttle the process of investigation, the agency said.

Against this background, the ED had moved the MEA for revocation of his passport. The sources said the government is committed to bringing to book wilful defaulters and to recover public money from them. ED has also approached the MEA seeking initiation of deportation proceedings against the liquor baron.

While the loans issue is being investigated by CBI on charges of criminal misappropriation, criminal conspiracy and under the Prevention of Corruption Act, the Serious Fraud Investigation Office is probing violations under the Companies Act and the ED under PMLA.