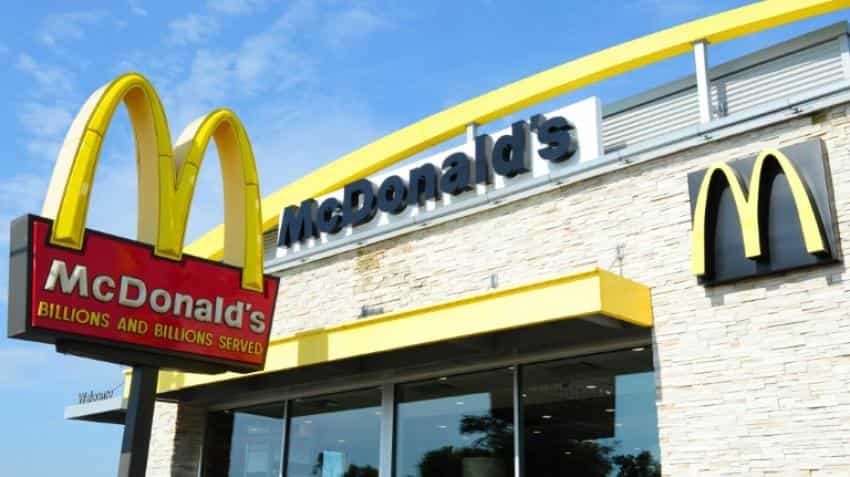 McDonald's said the suit was being filed with the administrative court, which arbitrates in governance disputes in Italy. Image Source: AFP
Written By: AFP
RELATED NEWS

Hard on the heels of stoking anger over plans to open a restaurant in the Vatican, McDonald's has filed a $20-million lawsuit against Florence for blocking a proposed outlet in the city's most revered square.

The US fast-food chain told AFP on Monday it was claiming 17.8 million euros ($19.65 million) in damages after the city rejected an application to open an outlet in the historic Piazza del Duomo, one of the most visited places in Europe.

McDonald's said the suit was being filed with the administrative court, which arbitrates in governance disputes in Italy. The firm gave no other details.

Florence's centre-left mayor, Dario Nardella, turned down McDonald`s application in June, in a decision that was confirmed the following month by a technical panel in charge of preserving the city's ancient heart.

"McDonald`s has the right to submit an application, because this is permitted under the law, but we also have the right to say no," Nardella told the city council, saying he wanted to support "traditional business" in the area.

"We don't have any prejudice" against McDonald's, Nardella said, noting that the company had opened restaurants "in other parts of town."

According to several reports in the Italian media, McDonald's is particularly aggrieved in the case of Florence as it had promised to make major changes to its business model to fit in with local regulations.

Cardinals in a tizz

Worried about the proliferation of fast-food outlets catering to backpackers in the city of Michelangelo, Florence introduced new licensing regulations in January requiring restaurants in the historic heart to use "typical products" either of the city or from the Tuscany region.

The Piazza del Duomo -- "Cathedral Square" -- is a treasure of Gothic and Renaissance architecture. Its buildings include the domed Santa Maria del Fiore cathedral, the Giotto bell tower and the St John Baptistery.

Last month, the daily La Republicca reported that plans to open a McDonald's in a piazza next to Saint Peter's Square in Rome had angered cardinals who live above the proposed site.

The scheme is "by no means respectful of the architectural traditions of one of the most characteristic squares which look onto the colonnade of Saint Peter`s," it quoted Cardinal Elio Sgreccia as saying.

In their expansion into historic locations in Europe, McDonald`s and other fast-food chains often encounter opposition on cultural or architectural grounds.

Many disputes, though, end in a compromise, in such areas as menu choice, litter control and the design of the business facade.