May her tribe increase: Auto cos hire more women for shop floor roles

Today, the company boasts of 1,812 women employees working on its shop floors, which is about 4 per cent of the total shop floor workforce (as on July 31, 2018), across its different plants. 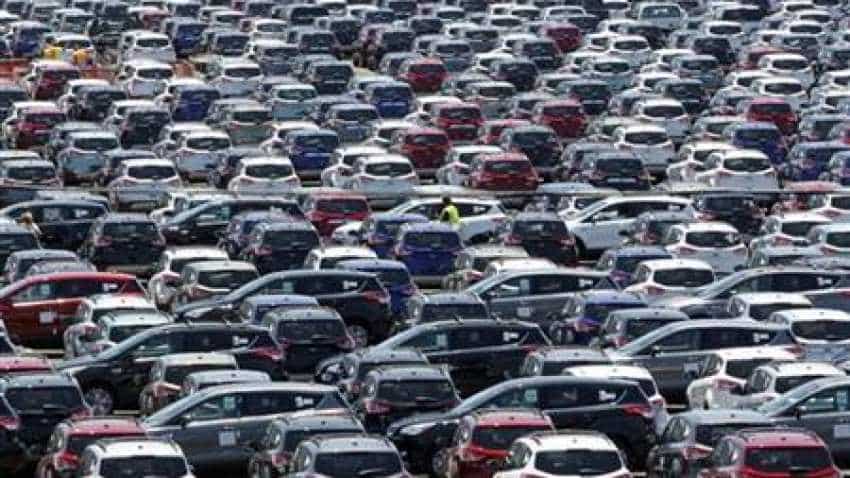 The automobile companies are taking gender diversity with all seriousness, beyond the tokenism of merely employing women,Representational Image, Source: Reuters
Written By: PTI
RELATED NEWS

She is gradually stepping into an area which has been his fiefdom for ages, as more and more automobile companies in India encourage women to take up positions in manufacturing operations.

Not just in scooter or car manufacturing, today women are making their presence felt on shop floors in making tractors and trucks too with companies like Tata Motors, Mahindra & Mahindra (M&M), Eicher Motors, Hero MotoCorp and Bajaj Auto seeking to accelerate the drive of gender diversity.

Four years ago, Tata Motors started with a batch of just five women with an aim of "creating a brigade of 'Women in Blue' by enrolling, educating and skilling girls, especially from economically deprived areas".

Today, the company boasts of 1,812 women employees working on its shop floors, which is about 4 per cent of the total shop floor workforce (as on July 31, 2018), across its different plants.

Not too far behind, rival M&M's automotive division began with 23 in 2016 and today it has over 380 women across all its manufacturing plants, while the company's farm division and subsidiary Swaraj employs over 250 women on the shop floor.

Two-wheeler market leader Hero MotoCorp too had embarked on Project Tejaswani with an aim of introducing women in shop floor and today the company has 160 women working in various roles in assembly operations at its different factories.

Rival Bajaj Auto has 'Women Only' assembly lines at its Chakan and Pantnagar plants. In the last four years, its women employee strength has more than doubled to 355 in 2017-18 from 148 in 2013-14.

The slowly increasing population of women on shop floors of automobile companies is a sign of the changing times when gender equality is being stressed upon.

He said the company has taken certain internal targets to promote diversity positively balancing the same with meritocracy.

Echoing similar sentiment, M&M Chief People Officer Rajeshwar Tripathi said:"At Mahindra, we have taken several initiatives to step up gender diversity on the shop floor...The journey started with the hiring of 23 women associates in 2016 and the number has now increased to over 630."

The strength of women on the company's shop floors is around 7.5 per cent of the total hiring in last two years, specifically for the shop floor, he added.

Tripathi further said women deployed on the shop floor do exactly the same work as their male counterparts. In fact, one of the women workers from the company's Kandivali Auto Division plant, Arati Patole was even recognised as "an outstanding woman welder at the International Welding Competition that was held in Beijing" recently.

Highlighting the impact of women on shop floors, he said:"We strongly believe that the inclusion of women workforce has contributed significantly to improving the culture at the shop floor."

Their inclusion has also resulted in the use of more mechanised hauls, lifts and robotic power for various jobs on the shop floor, thereby making the work easier for all, he added.

Such is the significance given to employment of women in various roles in auto industry that some top management officials are taking the responsibility personally.

In his message to shareholders in the company's annual report 2017-18, Hero MotoCorp Chairman, Managing Director and CEO Pawan Munjal said: "I am personally driving the agenda of gender diversity and empowerment at Hero MotoCorp and consequently, the number of women staff ? including on our shop floors - has gone up considerably over the past few years."

Similarly, Eicher Motors told its shareholders that it was continuously adding diverse workforce which includes diversity of gender, experience, industries, and geographies at the production sites, technical centres and the rest of the organisation.

In an e-mailed response, Royal Enfield said the percentage of women workforce in the plants has been increasing 10 per cent year-on-year for the last three years.

"The organisation aims to increase diversity on the shop floor to 30 per cent over the next five years," it added.

The automobile companies are taking gender diversity with all seriousness, beyond the tokenism of merely employing women.

"A bold step was taken to hire a minimum of 33 per cent women GATs/GETs at entry level across all locations. Going forward, we are trying to significantly increase the first line of women engineers or supervisors on the shop floor," he added.

He further said:"While we have embarked on this journey, we not only hope and believe, but have made concerted efforts on diversity that will add sustained value for the company."