The government has so far pumped Rs 1.90 lakh crore into PSBs since it announced the recapitalisation plan in October 2017. 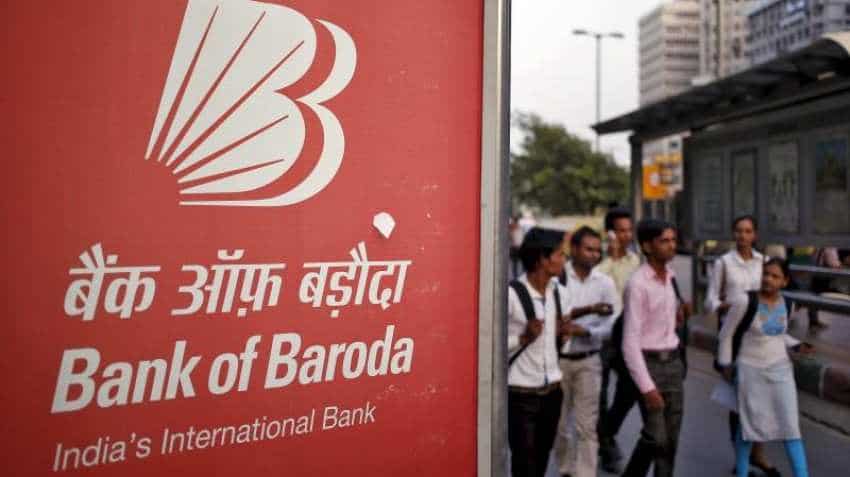 The Bank of Baroda may get Rs 5,000 capital infusion from the Finance Ministry ahead of its united operations as a merged entity along with the Vijaya Bank and Dena Bank from April 1. In February, the government approved Rs 48,239-crore recap bonds in 12 PSBs. The latest recap bonds broadly fall into four categories: a) equipping better-performing PCA (prompt corrective action) banks to be above regulatory PCA thresholds to help them come out of the framework (Allahabad Bank, Corporation Bank, who have already come out of the PCA);

b) Non-PCA banks that are close to the red line to ensure they don`t fall into PCA (Punjab National Bank, Union Bank, Syndicate Bank and Andhra Bank);

c) PCA banks that have exited PCA to remain above PCA triggers (Bank of India, Bank of Maharashtra);

The government has so far pumped Rs 1.90 lakh crore into PSBs since it announced the recapitalisation plan in October 2017.

The Finance Ministry has kept around Rs 5,000 crore as buffer for any last-minute contingency, for possible infusion into the merged entity of Bank of Baroda, Dena Bank and Vijaya Bank.

The merger will create India`s third largest bank with a total business of over Rs 14.82 lakh crore.

When the three banks are merged, the combined entity`s capital adequacy ratio will be at 12.25 per cent, with tier-1 capital at 9.32 per cent and net non-performing assets at 5.71 per cent.

The merged entity will have nearly 9,500 branches.

Sources said the capital may be infused as Dena Bank is a weak PCA bank and it should not drag down the the overall balancesheet of the Vijaya Bank and Bank of Baroda on regulatory capital breach when they start operations from April 1 and also for lendings.

MD and CEO of Bank of Baroda P.S. Jaykumar may head the merged entity, the sources added. The government in September 2018 announced the merger of state-owned Vijaya Bank and Dena Bank with larger Public Sector Bank (PSB) Bank of Baroda to create the third largest lender after SBI and ICICI Bank in the country. The merger plan got the Union Cabinet`s nod in January. It was part of the government`s strategy to promote consolidation in the sector marred by loads of non-performing assets (NPAs).

However, this is the first three-way merger in the public sector banking space.

The All India Banks Employees Association has said that the merger of the BoB, Dena Bank and Vijaya Bank is "unwarranted" and will surely result in closure of branches. The combined NPA in Bank of Baroda, Dena Bank and Vijaya Bank was Rs 80,000 , according to banking industry sources. However, analysts are not fully convinced of the synergies and are apprehensive of overlaps. While Vijaya Bank is strong in southern India, Bank of Baroda also has a national presence.

There is likely to be some duplication of branches. The three banks actually mirror each other in terms of portfolio of assets and also the quality of portfolio. Dena Bank is in a bad shape with higher NPAs, higher cost to income and falling profitability. Its numbers will pull down some of the profitability numbers of the merged entity.

Technology integration will be a big issue. Bank of Baroda recently upgraded its core banking technology from Finacle 7 to Finacle 10. It was a huge exercise lasting for months. BoB was targeting an upgrade of its core banking of foreign offices from the older version. They will now have a huge task at hand to put all the three banks on the same platform.