On capex for research and development during the year, Bhargava said the company will invest Rs 900 crore during the current year. 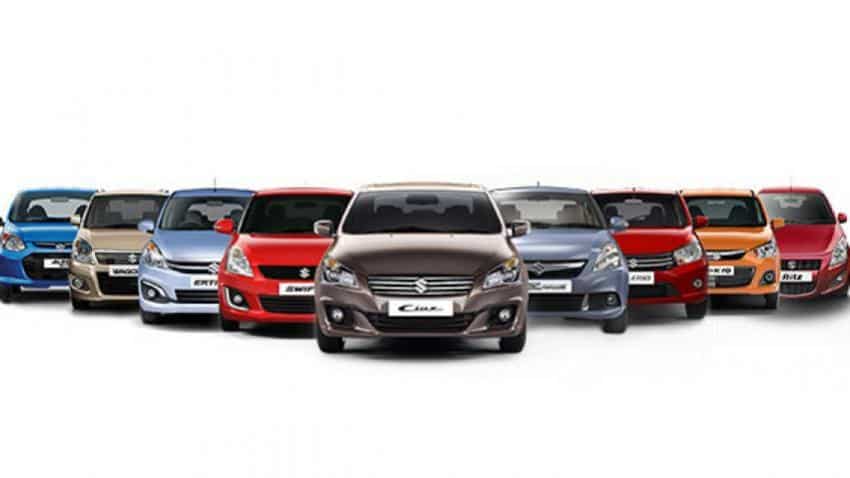 With a number of shareholders asking for a stock-split, country's largest carmaker Maruti Suzuki India (MSI) on Thursday said it will put the matter before the company's board for taking it forward.

"A common demand or request I think of all shareholders was about share split and certainly I can assure that we will put this matter before board for consideration as what should be done in this matter," MSI's Chairman R C Bhargava said while responding to the shareholders during Annual General Meeting (AGM) here.

Shareholders of the company have been demanding for stock-split saying that such a move would increase retail participation in MSI's scrip.

Bhargava said the company's board has approved a dividend of Rs 35 per share for the current fiscal up from Rs 25 last year.

Answering queries of shareholders on volatility in the yen and its impact on the company, Bhargava said MSI has been working on mitigating the impact by localising the production of imported components.

"Yen is somewhat a volatile currency, not only does it becomes strong but sometimes it weakens also. But what we have doing in the past 5-6 years is to increasingly localise the inner components because that is the largest part of the import and there has been substantial amount of progress in that direction and because of that the import content has reduced," Bhargava said.

He further added: "We cannot control the volatility of the Yen but can mitigate most of its impact partly by hedging and partly by reducing the import content and we are doing both these things."

On capex for research and development during the year, Bhargava said the company will invest Rs 900 crore during the current year.

"The capital budget for R&D is Rs 900 crore for the year. This is in addition to R&D centre, which is almost complete in Rohtak. With Rohtak included, the total capex stood at over Rs 2,000 crore," he added.

On royalty payment to parent Suzuki Motor Corp, Bhargava said the basis rate remains at 5% of the net sales.

"A decision has been taken that for all new models including the Vitara Brezza the royalty will be 5% in Indian rupee and not yen and based on factory price of the product," he said.

Suzuki Motor Corp Chairman Osamu Suzuki, who attended all previous AGMs of the company, could not attend this time due to "urgent and important business commitments" in Japan.

He also directed the company secretary to look into problems faced by some of the shareholders in entering the premises.

"I am very sorry that there were problems with some of the shareholders while entering the premises and certainly the company secretary will see what improvements can be made in the system. I can assure this kind of problem will not arise in future," Bhargava said.

He was responding to a shareholder who raised the issue during the AGM.