Maruti Suzuki shares set to give 10 pct return in one month: Should you buy? 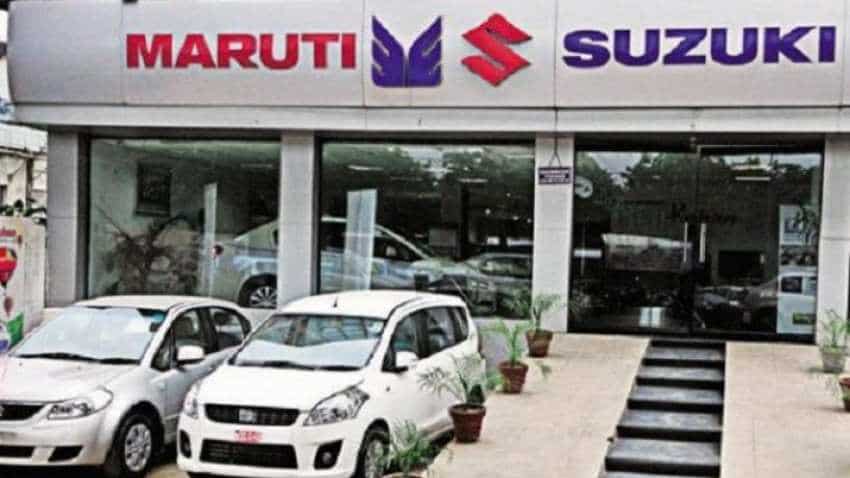 With auto loans set to become cheaper after two successive Repo Rate cuts by the RBI Governor Shaktikanta Das-led Monetary Policy Committee (MPC), the auto stocks are expected to go northward. The equity market experts are of the opinion that Maruti Suzuki being the heavyweight stock of the auto sector is expected to gain maximum investment and hence is expected to show around 10 per cent return in short-term perspective i.e. in around one month's time. Currently, the stock is oscillating around Rs 7,120/stock levels and the experts have suggested taking buy position in the counter when it reaches around Rs 7,000/stock levels.

Siddharth Deshpande, Senior Technical & Derivative Analyst, HDFC Securities told Zee Business Online, "On the daily charts, the stock has made a higher top higher bottom formation with higher volumes. The stock also crossed above its earlier resistance level by crossing above the downward sloping trend line with an up gap. The upward move in the stock started with an up gap on daily charts, which is a bullish indication, suggesting stock to move higher from current levels."

Siddharth Deshpande went on to add that the Maruti Suzuki stock has also crossed above 38.2 per cent extension level of the previous down move and the major momentum oscillators show positive signs. MACD has crossed its average from below and trading above zero lines with RSI being above 60, suggesting bullish indication for the stock.

On suggestion to the market investors in regard to the Maruti Suzuki counter, Siddharth Deshpande of HDFC Securities said, "The technicals of the counter suggests an upside momentum and the scrip may show Rs 7,650/stock levels in next two months." However, he suggested the market investors take a stop loss of Rs 6,775 while taking a buy position in the Maruti Suzuki stock. Currently, the stock is oscillating around Rs 7,120/stock levels.

Giving fundamentals of the counter and the current market strength that would fuel the Maruti Suzuki stocks Prakash Pandey, Head of Research at Fairwealth Securities said, "The stock has gone down around 30 per cent from its lifetime high and is hovering around Rs 7,100 levels, which makes a good buying opportunity for the investors, especially after the RBI Repo Rate cuts in both February and April MPC." He said that the counter may go up after the auto loan becoming cheaper in the wake of RBI Repo Rate cut. So, in coming two to three weeks an investor can expect near 10 per cent returns in the counter if he or she decides to invest in this scrip.

"Being a large-cap counter, the Maruti Suzuki stock would show slow momentum as it is around Rs 2.5 lakh crore counter, but in the wake of lower auto loan rates due to the successive RBI Repo Rate cuts, the sentiments are favouring the scrip to show at least 10 per cent upside momentum in next two to three weeks," Prakash Pandey of Fairwealth Securities said. However, Prakash Pandey asked investors to wait for some correction in the counter and take buy position when the counter is around Rs 7,000/stock levels.