Maruti Suzuki was followed by Hyundai and Honda Cars as the most reputed brands in automobile. 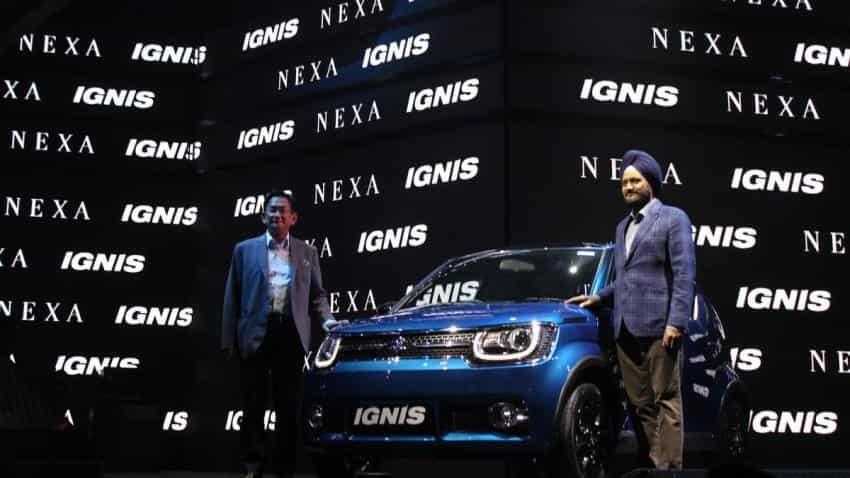 Maruti Suzuki has been ranked India’s Most Reputed Automobile Brand for 2017 in a study by BlueBytes. Out of the total coverage of the automobile industry in India, Maruti Suzuki has the highest share of 16%. A major portion news on the company is positive said the report.

The second most reputed automobile brand in the list is South Korea's Hyundai Motors, with a substantial 93% lower BrandRep Score than the leader. Hyundai’s overall news coverage made up close to 6% of the automobile industry’s total media coverage. Its positive news made up about 39% of its total coverage and neutral news constituted a share of about 55%.

Honda Cars came a close third with a BrandRep Score just 6% lower. It flaunts 4.3% of the automobile industry’s total news article coverage in print media. Its positively toned news makes 31.3% in the overall share; neutral news comprises of 56.5%; while the share of news having a negative tonality is 12.2% in the overall print media coverage, said the report.

The fifth and sixth positions are secured by Tata Motors and Ford Motors. Mercedes Benz ranked seventh, Volkswagen eight and Audi ranked ninth in the report. Japan's Toyota completed the top 10 in the list.

The study was done in association with TRA Research, both Comniscient Group companies.

A total of 42 automobile brands were listed with brands from 10 different countries featuring in the India’s Most Reputed Automobile Brands 2017 Report. Out of the 42 listed automobile brands, 7 each originated from India and Japan, 6 each from Germany and United Kingdom and 4 each from USA and Italy. The study evaluates Brand Reputation by analyzing media perception and consumer perception.

“Action communicated well is the main ingredient that goes into building reputation. In the Automobile sector brand Reputation is of high importance as often the brand has to resonate with the user. Automobiles is not just something that takes you from Point A to Point B, it is something that reflects your personality making brand reputation an important point of the purchase decision,” said Pooja Kaura, Chief Spokesperson for India’s Most Reputed Brands.

India’s Most Reputed Automobile Brands 2017 was a study conducted within the Automobile Industry with BlueBytes analyzing 50,000 news articles of 42 automobile brands in all the major English and Hindi print media across 9 cities. The period looked into was between February 1, 2016 to January 31, 2017. In addition to news analysis, the consumer’s perception was also studied and this part of the analysis was contributed by TRA Research, which interviewed 2,500 consumer-influencers on the aspect of Respect.