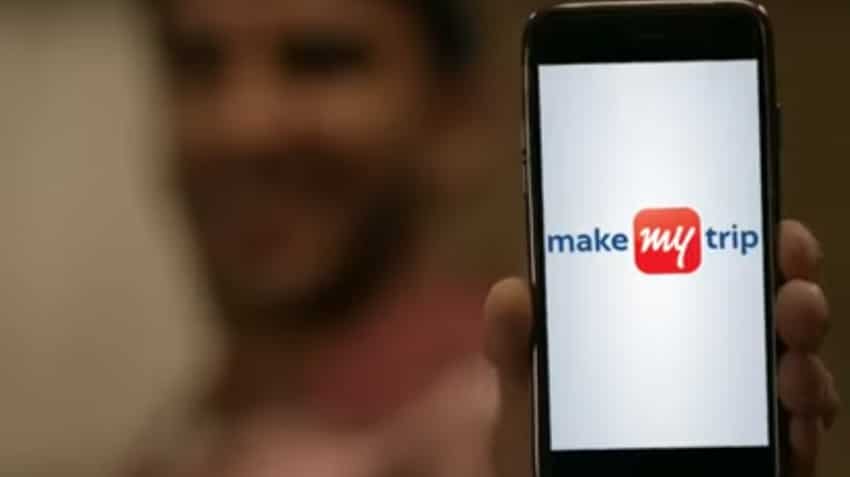 The all-stock deal values the combined company at $1.5 billion, according to a source familiar with the deal. Photo: Youtube

The all-stock deal values the combined company at $1.5 billion, according to a source familiar with the deal.

The deal will add popular online ticketing websites such as, goibibo.com and redbus.com, to MakeMyTrip`s portfolio, which owns the flagship brand and the alternate accommodation site Rightstay.

South Africa-based Naspers Ltd is the majority owner of ibibo, with a 91 percent stake, with the rest being owned by China`s Tencent Holdings Ltd. Their combined stake is valued at about $600 million, according to the source.

MakeMyTrip had a market capitalization of about $861.3 million as of Monday`s close.

The online travel agency has been facing increased competition in its hotels booking business from established Indian companies such as Cox & Kings Ltd , Thomas Cook (India) Ltd and new entrant such as OYO Rooms.

MakeMyTrip, which missed profit estimates for the last seven quarters partly due to higher marketing costs, is expected to report a second-quarter loss of 63 cents and revenue of $50 million, according to Thomson Reuters.

The company said on Tuesday that the ibibo deal would help "unlock meaningful synergies", but did not provide any deal value.

The online travel market in India is estimated to be about $10 billion in terms of gross booking value, according to an analyst tracking the sector.

MakeMyTrip shares rose as much as 56.4 percent to $31.90 on Tuesday, hitting a more than two-year high.

The combined company will command a market share of about 20 percent of the Indian online flight bookings, MakeMyTrip said on a call with analysts on Tuesday.

The combined company`s market share in online hotel and bus bookings will be in single digits, the companies added.

Naspers and Tencent will own 40 percent of MakeMyTrip after the deal closes by the end of December. Additionally, China`s biggest online travel service provider Ctrip.com International Ltd will have about 10 percent stake in the new company.

Ctrip.com said in January that it would invest $180 mln in MakeMyTrip via convertible bonds.

MakeMyTrip founder Deep Kalra will continue to be the executive chairman and chief executive of the new company.

Morgan Stanley advised MakeMyTrip on the deal, while Goldman Sachs was the adviser to ibibo and Naspers.

ICICI Bank Offer: Running out of cash? Here's how to fund your favourite vacation

ICICI Bank unveils multicurrency travel card with travel insurance up to Rs 10 lakh, flight benefits of Rs 20,000; here is how to get

Planning a summer vacation trip? Book now and pay later with these options

Massive discounts on flight tickets: Get up to Rs 10,000 cashback; check details