Tractor sales grew by a large 9%, while pick-ups grew by 14% year-on-year despite demonetisation 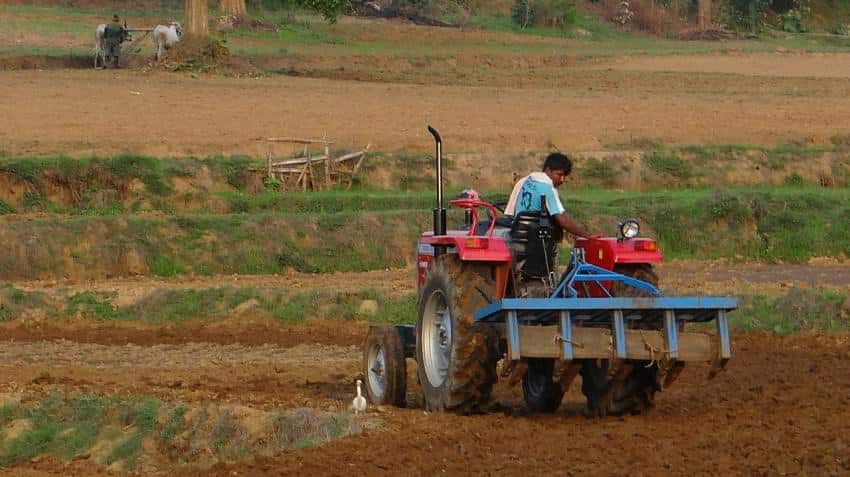 A farmer ploughing the field with his tractor. Photo: Pixabay
Written By: Collin Furtado
RELATED NEWS

While the sales of commercial vehicles (CV) in December of many automobile companies had taken a hit, Mahindra & Mahindra (Mahindra) had seen a 14% growth as sales grew to 14,154 units as against 12,465 units in the same period a year ago.

Rajesh Jejurikar, President and Chief Executive, Farm Equipment and Two Wheeler Division, Mahindra & Mahindra said, "In December 2016 we had a growth of 8% over December 2015, with sales of 12619 tractors in the domestic market. With good progress in rabi sowing and increased MSP’s, we expect to see the growth momentum to continue in the coming months. In the export market, we sold 1,428 tractors with a growth of 21% over December 2015.”

While among the CV segment the Medium and Heavy Commercial Vehicles (MHCV) and and utility vehicle (UV) sales declined in December, the bright spot was the large growth in sales of tractors and pick-ups. Mahindra's tractor sales grew by a good 9% year-on-year growth. While domestic tractor sales were at 12,619 (grew by 8%), exports were at 1,428 units (grew by 21%).

Apart from tractor, sales of pick-ups of Mahindra grew by 14% year-on-year in December.

This shows that while CV sales were expected to be impacted for many companies the most due to the demonetisation drive, there are segments within it that which have managed to grow despite this. What is more surprising is sales of vehicles such as tractors and pick-ups which are rural centric were expected to it being more of a cash driven in such areas, has in fact grown in sales. Similarly, the sale of pick-ups are higher in rural areas and was expected to see a decline due to demonetisation.

One of the reasons for the growth in tractor sales in December was due to the good rabi sowing with increased minimum support prices (MSPs).

Pravin Shah, Chief Executive, Automotive Division, M&M said, "The auto industry continues to go through challenging times, grappling with the short term effect of demonetisation as well as reduced and postponed purchase decision. However, we believe there will be a gradual pick-up in demand starting next few months. We do hope that the implementation of GST along with some right initiatives taken by the Government in the upcoming Union Budget on 1st February will provide a veritable boost to the auto industry and the economy in general. I believe, this coupled with stable fuel prices and reduced inflation and interest rates, will fuel the automotive industry’s growth going forward.”