With the threat of the Jeep Compass eating into the share of players in the SUV segment, Mahindra and Tata Motors released ads taking a dig at the Compass. 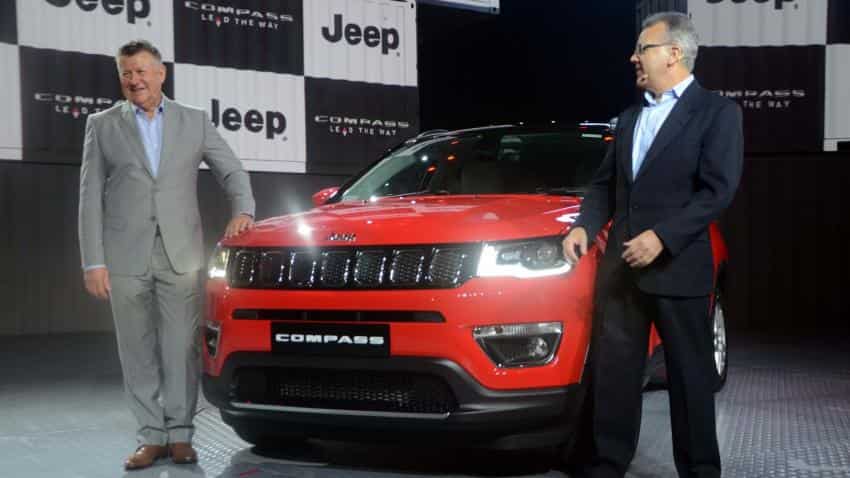 Fiat unveils Jeep Compass in India; to start production in India by June

Two print ads by Mahindra and Tata Motors used a clever word association with the compass tool used for navigation. It is not only that they used the word compass but also said that “compass” was not required with their SUVs the Mahindra XUV 500 and Tata Hexa.

Both Tata Motors and Mahindra released print ads in leading dailies to take on the Jeep Compass. The Mahindra ad reads, “You don't need a compass to win races. You need guts”. While the Tata Hexa ad says, “Takes you anywhere. No compass required.” 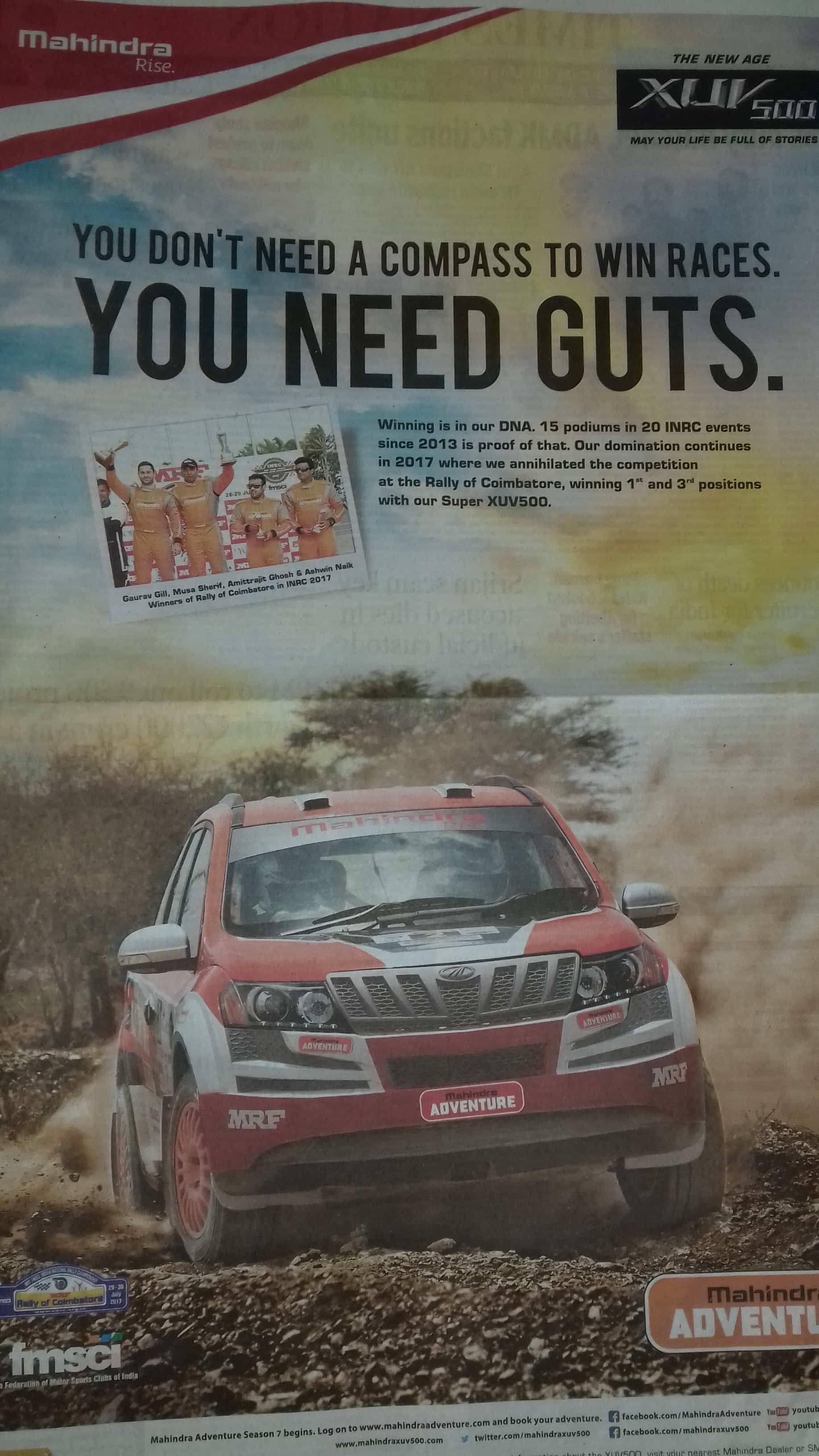 The Jeep Compass was launched in India at the end of July and priced between Rs 14.95 lakh to Rs 20.65 lakh (ex-showroom Delhi). This is one of the cheapest out if the Jeep brand stable. 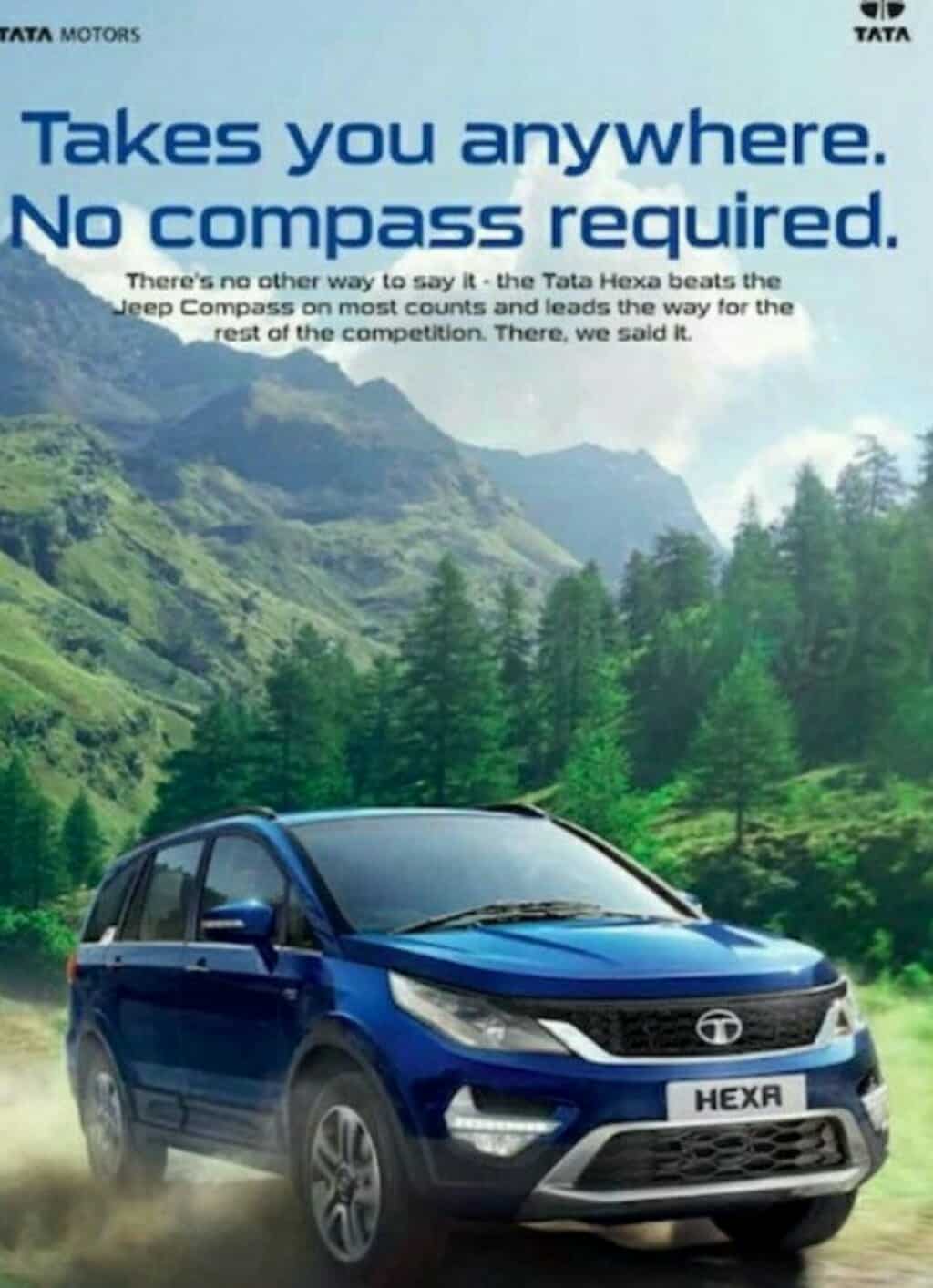 However, the relaunch of the iconic Jeep brand in India has created quite a stir.

Fiat which opened bookings for the Jeep Compass from June 20 for Rs 50,000 during the launch had said that it received over 5,000 bookings and over 38,000 enquires. This is quite impressive and clearly states the popularity of the vehicle in the country.

The Jeep Compass competes with several other SUVs such as the Renault Duster, Tata Hexa, Mahindra XUV 500 and Hyundai Tucson.

Though some of the SUVs like the XUV 500 and the Hexa are priced a bit lower in comparison to the Jeep Compass, in terms of the specifications the Jeep Compass is much superior.

The Jeep Compass comes with two engine options – a 2.0-litre MultiJet Turbo Diesel engine which dishes out 173 PS and torque of 350 Nm and a 1.4 Multi-Air Turbo Petrol engine with gives out power of 162 PS and torque of 250 Nm.

The XUV 500 W8 variant comes with a 2.0 petrol engine which give a displacement of 1999 cc and power of 153BHP and torque of 193Nm. This is a little lower comparison to the Jeep Compass Sport.

The Tata Hexa XMA variant comes with a 2.2 litre Varicor 400 engine which dishes out a power of 154BHP and torque of 400 Nm.

This is a reason why there has been more interest in the Jeep Compass and a reason why they have taken it on through their print ads. However, it remains to be seen whether it will work.

What can be said is that by Tata Motors and Mahindra releasing these ads they are afraid of the competition Jeep Compass will bring to them.

Fiat unveils Jeep Compass in India; to start production in India by June