Homegrown auto major Mahindra & Mahindra Wednesday reported around 14 percent growth in consolidated net profit at Rs 1,778.75 crore for the September quarter despite  a 150 basis points  fall in the margins. 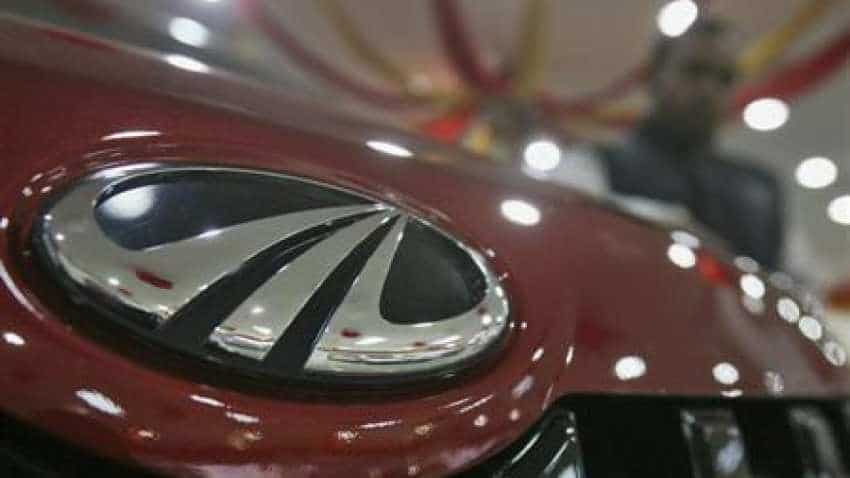 Homegrown auto major Mahindra & Mahindra Wednesday reported around 14 percent growth in consolidated net profit at Rs 1,778.75 crore for the September quarter despite a 150 basis points fall in the margins.

Despite a good bottomline performance, the management guided towards a tepid show going forward saying volume growth may be capped at 7 percent most likely and 8 percent in a best case scenario.

Operating margin slipped to 14.5 percent from 16 percent due to the rising input cost.

"Looking at what happened in the second quarter and the just concluded festive season, I would think it would be difficult to get a double-digit growth in the passenger vehicle segment this fiscal. I'd expect the fiscal to end with a 7 percent or may be 8 percent," group managing director Pawan Goenka said.

Utility vehicle segment should also see a similar growth trend, though it is a little behind passenger vehicles, he added.

Going forward, growth will be a function of evolving liquidity conditions and private and government spending, Parthasarthy said, adding among global factors, crude price behaviour and the US-China trade wars will be the key factors to watch out for.

According to Goenka, the auto industry (excluding two-wheelers) saw a moderate growth of 4.8 percent in the September quarter.

"This moderation in growth was due to a high base, shift of the festive season to the third quarter in the current financial year and partial slowdown in passenger vehicles demand especially in cities," Goenka said.

As a result, rural demand over took urban demand during the quarter at 51:49 as against 49:51 ratio earlier.

The passenger vehicle industry reported a degrowth of 3.6 percent, with the utility vehicle de-growing 8.1 percent during the quarter. However, the commercial vehicles industry posted a robust growth of 29.8 per cent, with light commercial vehicles of under 3.5 tonne capacity growing 31.3 percent and heavy segment surging 29.5 percent.

Higher demand for light commercial vehicles in the over 3.5 tonne vehicles was driven by a strong rural demand coming from the agri sector and sustained efforts for rural development coupled with affordable finance, Goenka said.

He also said if the company has to stop selling BS-IV vehicles from April 2020, it will have to stop making these vehicles a quarter in advance.

"The time-line for implementation of BS-VI, in a way, has been advanced by almost three months. Because if you have to stop selling BS-IV vehicles by March 31, you need at least three months to clear the inventory," he said.

Goenka also said while many companies are putting up a brave face, it is too early for M&M to rejig all the time lines that it has worked out for starting manufacturing BS-VI vehicles from April 2020.

The company is working hard and trying to see how close it can come to January 1 to start making BS-VI vehicles, and stopping BS-IV rolling out vehicles, he said adding, "we will make sure that high priority models are ready from January 1."

He said EVs volume has grown by 30 percent though the company expected a higher growth considering its small base.

The company has received the second phase order for EVs from EESL (a total of 4,800 units) and has already delivered the first set of 10 vehicles in the previous month, he said.

In the first round of a total of 500 units, M&M had delivered just 150 units and the rest was bagged by Tata Motors.