While the Mahindra e2oPlus can be fully charged for once in just Rs 69 to run a distance of about 110-140km, the price of just 1 litre of petrol or diesel is nearly the same and cannot even cover half that distance. 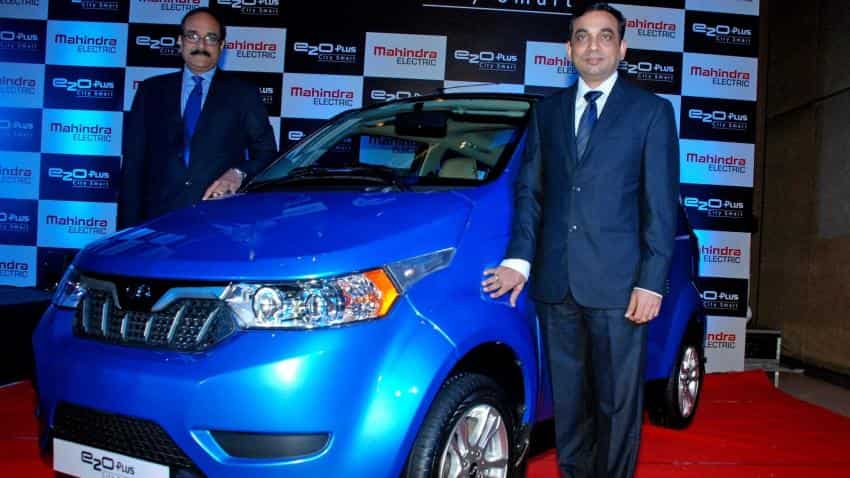 Mahindra Electric on Wednesday that it has partnered with group company Mahindra Finance to introduce a leasing scheme for individual customers of their electric car the e2oPlus. The leasing scheme called SmartLease will allow people to buy the car by paying a fixed monthly cost.

The down payment for the scheme is a nominal Rs 50,000 for Pune and Bengaluru based customers. In Delhi there is an initial cost of Rs 1,50,000 which will get refunded under the Delhi state government subsidy for electric vehicles.

The monthly fixed cost is inclusive of rental, taxes, insurance and maintenance, the company said.

This new development makes it more easy for people to own an electric car in India due to its affordability.

These petrol and diesel cars are also available at the fixed monthly EMI cost of Rs 15,000 to Rs 20,000 per month. But the Mahindra e2oPlus being an electric vehicle has an added advantage over the cars which run on fossil fuels. This advantage being the cheaper recharging costs than the fuel charges in India.

On an average, the cost of electricity recharging at a charging station is Rs 6 per unit, according to data provided by Mahindra Electric.

The Mahindra e2oPlus' P4 and P6 variants have a maximum capacity of 11.5 units for full charge. While the P8 variant has a little extra of 16.5 units.

According to this, it means that the Mahindra e2oPlus can be charged fully in just Rs 69. In comparison, just 1 litre of petrol and diesel is available at nearly the same price.

While the Mahindra e2oPlus variants has a range of 110-140km per charge, the petrol and diesel cars in India do not even give a mileage that reach 30 km per litre.