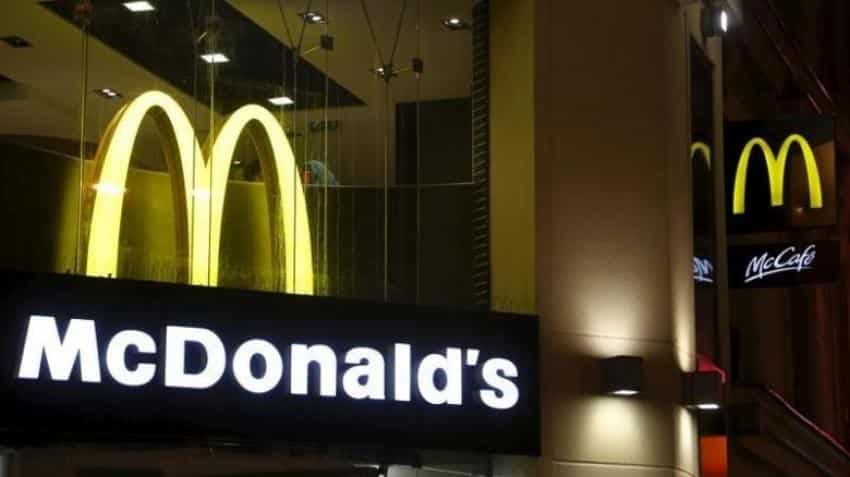 McDonald's could not be immediately contacted. Photo: Reuters
Written By: PTI
RELATED NEWS

The Maharashtra Food and Drug Administration (FDA) has prohibited American fast food chain McDonald's from selling Coke Zero across its outlets in the state for violating the Food Safety and Standard Regulations.

The order was issued after the company was found manufacturing and selling carbonated water--Coca Cola Zero-in loose and unlabelled paper glass. The carbonated water was being prepared from post-mix manufactured by Hindustan Coca Cola Beverages by diluting it with processed water and impregnating the mixture with carbon dioxide and was being served to the customers including children, FDA said in its circular dated March 15.

The FDA action came after a Kolhapur-based FDA official has found that the product was being sold loose to unsuspecting clients, including children.

"We have banned the sale of this drink across all McDonald's outlets in the state with immediate effect. The drink was being served straight off the dispensing machines without any packaging or warning," FDA commissioner Harshdeep Kamble said.

McDonald's could not be immediately contacted.