Abhijeet Kundu, analyst at Antique Stock Broking Limited said, “Maggi post-relaunch after the ban has been able to grow their market share but at slower pace, which was witnessed in the current quarter's domestic sales growth.” 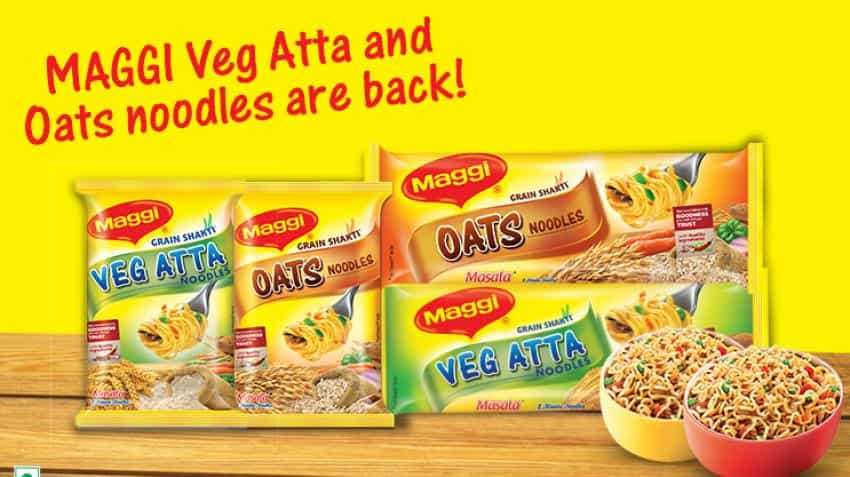 Nestle India's Maggi noodles has gained back substantial market share since its relaunch last year. Maggi noodles, once the market leader in its category, was taken off shelves in 2015 after a health hazard clarion call by Food Safety and Standards Authority of India (FSSAI).

Since its comeback in 2016, Maggi noodles has clawed back to its position and now holds 60% of the instant noodles market as against 80% before the ban.

Nestle India said, “The net sale growth was on the back of domestic sales which increased by 9.7% mainly due to rise in volumes, including rebuild of Maggi Noodles, supplemented by marginally better realisation mostly from carrying over pricing.”

Abhijeet Kundu, analyst at Antique Stock Broking Limited said, “Maggi post-relaunch after the ban has been able to grow their market share but at slower pace, which was witnessed in the current quarter's domestic sales growth.”

Since the re-launch,  Maggi had a total of 12 variants selling in India which included Hot Heads category, classic masala, tomato chicken, atta noodles and oats noodles.

Also Read: From Amritsari Achari to Bengali Jhaal: Now get Maggi in your favourite flavour 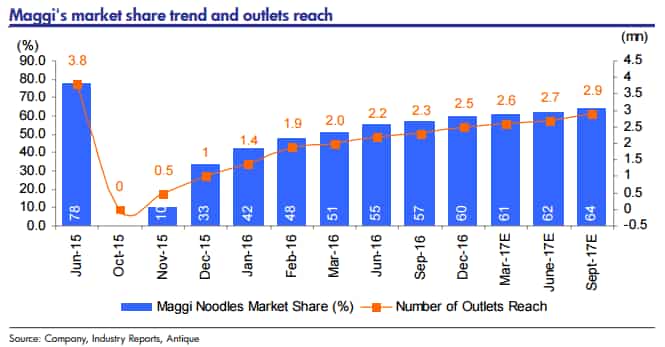 Edelweiss Financial Services said, "For management, the Maggi issue is now a thing of the past and Nestle is focusing on growth in various categories by stepping-up aggression on new launches, promotions and enhancing penetration."

A Motilal Oswal report said, “While the pace of new launches has markedly improved, there has been no material improvement on price actions to boost growth or advertising to support new products. Double-digit volume-led sales growth seems long time away.

"Nestle is no longer the business it was before CY11 and may never be,” it said.

Suresh Narayanan, Chairman and Managing Director of Nestle India said that Nestle's actions over the next four years will set the tone for the following few decades is encouraging."

Narayanan highlighted that many products are at different stages of readiness for launch.