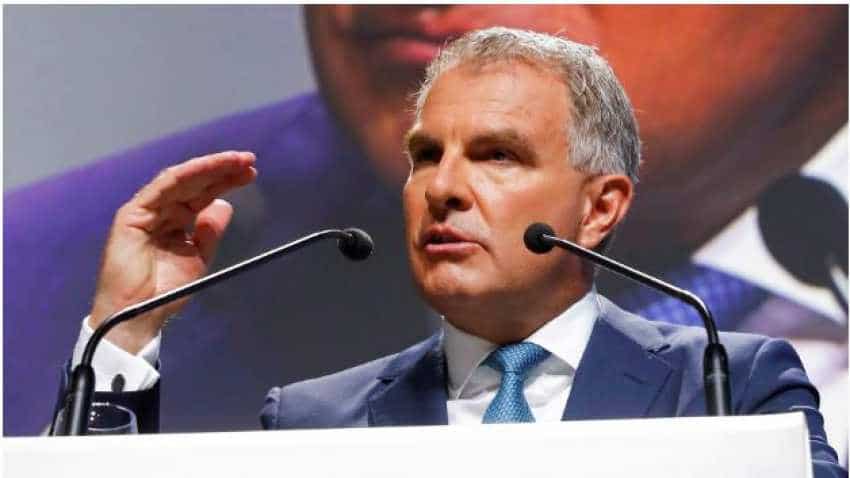 "At this time we don`t see restraint - in fact, the opposite," Carsten Spohr told the NZZ am Sonntag newspaper in the interview published on Sunday.

"In comparison to last year, already a record year, we`re expecting passenger growth of about 4 percent, (Lufthansa unit) Swiss International Air Lines is also showing growth. The discussion of climate change is not leading to restraint with bookings. People want to fly."

Media reports have suggested a "Greta effect" might curb demand for air travel, referring to the 16-year-old who has gained global attention for her efforts to convince people to reduce carbon-emitting activities.

On Saturday, a group of about 80 protesters staged a "Flight Strike" at Zurich Airport near the facilities of Swiss International Air Lines, singing songs, handing out leaflets, and encouraging people to pledge not to fly in 2020.

There were no arrests, and the demonstration dispersed without police intervention.

He is frustrated that airlines are on the defensive over their contribution to climate-changing emissions.

"We haven`t succeeded in explaining that air travel influences the world positively: We connect countries, economies and societies together," Spohr, a trained pilot, told the newspaper. "Moreover, for years we`ve been able to reduce our per-passenger CO2 emissions."

Spohr said flights offered by discount or budget airlines for just a few dollars were hurting the sector`s image.

"They`re making our industry the target of criticism and clogging up the airspace, because an artificial demand is being stimulated that wouldn`t exist if there were realistic prices," he said.

"There should not be flights under 10 euros."

He defended Lufthansa unit Eurowings offering flights for under 35 euros, citing the need to defend its home market.

Friends of the Earth estimates aviation emissions more than doubled between 1990 and 2016, while overall emissions fell by 43%. In Europe, low aviation taxes, a proliferation of budget airlines like easyJet and Ryanair and the rise of Airbnb have spurred an air-travel boom.

Nations including the Netherlands and France are seeking to convince fellow European countries to end tax exemptions on jet fuel and plane tickets.