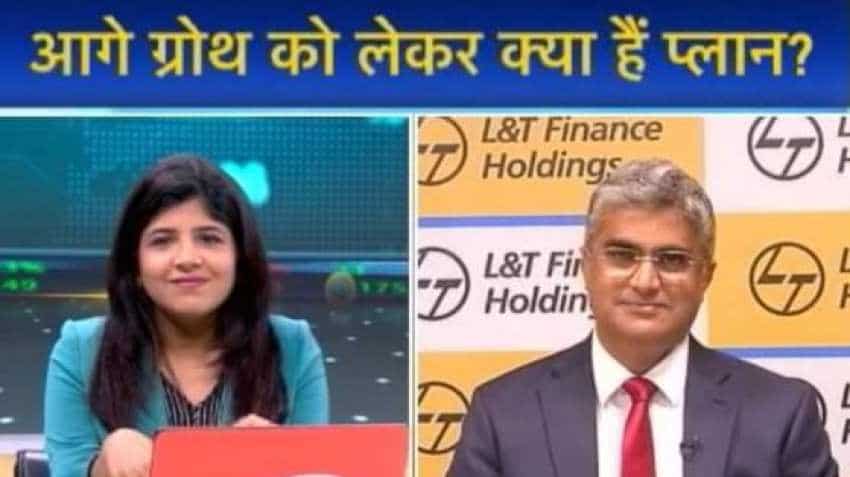 L&T Finance Holdings Gross Stage 3 has declined Year-on-Year and stands at 5.7% at present and the Net stage 3 is below 2.5%, says Dinanath Dubhashi, Managing Director & CEO, L&T Finance Holdings Ltd. In an interview with Swati Khandelwal, Zee Business, Dubhashi said that L&T Finance has exposure of Rs1,800 crores in IL&FS, which were made through 6 SPVs. Edited Excerpts:

Q: L&T Finance Holdings has posted good results in the June quarter of FY20 and there is a decline in NPA. What steps were taken to improve the asset quality of the company?

A: If you have a look at the asset quality then our Gross Stage 3 has declined Yea-on-Year (YoY) and has remained steady Quarter-on-Quarter (QoQ). Our gross stage 3 stands at 5.7% at present, which has declined YoY as well as QoQ basis. Net stage 3 is below 2.5%. So overall asset quality has been quite good and is standard. More importantly, let’s leave GS3 but the 0DPD, the early dealing machinery is under control. You would have seen that we have declared a profit of Rs550 crore in our results, which is almost the same as the profit that we earned in the last quarter. Hope, you will have a question on how the profit was kept almost the same? So, this is very important to consider and that’s why I would like to talk specifically about two accounts, and one of them was IL&FS, where we had a total exposure of Rs1,800 crores, which were made through 6 SPVs (Special Purpose Vehicle) not directly. Of these six SPVs, two have turned green, which means its repayment will remain active while the remaining four SPVs which are close to Rs1,600 crore was amber. Amber means our money is safe, but you will get the money only after they are sold out. The amount is on a standstill and is a moratorium. Therefore, we were confirmed that our money is safe, but it was moratorium and that is why we took an interest deferment of Rs84 crores – i.e. we didn’t recognise the interest of Rs84 crore - in the last quarter (Q4FY19). However, we have good news at present that we - the Government of India, IL&FS and L&T Finance - have worked closely due to which three of the remaining four amber projects will turn green soon.

Q: Inform us about your exposure in DHFL, which is going through hard times. Update us on DHFL’s revival?

A: Sorry, I would not like to name the housing finance company, which was categorized as AAA (triple-A) a year back and has been categorized as D at present and incidentally, we have an exposure of about Rs525 crore in its securities. Including interest and all the exposure goes up to Rs560 crore. However, several things are going on with this housing finance company as its lenders are trying to work out on a solution. They are trying to sell the company and its portfolio among others. But as a prudent measure, we have taken one-time provision for 50% of our total exposure in the company, which turns up to be around Rs284 crores. And this one-time provision of Rs284 crore that to in the worst-case provision, however, we don’t feel that our ultimate loss is going to be such huge but if it happens then we will go for a right-back and will buy it if is little higher then-current levels. But I think, we have conservatively saved 50% of the amount, which is Rs284 crore.

However, if you go for a one-time income of Rs84 crore and provision of Rs284 crore then Rs200 has been charged to the P&L and this is a resultant of the same. So, this shows our strength and that’s why I am very happy with the results that have been declared after taking a one-time provision.