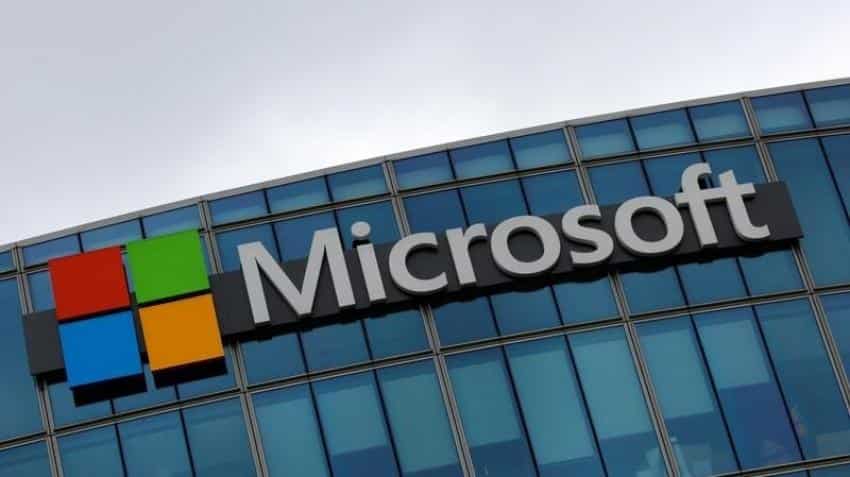 "Microsoft will do it by leveraging LinkedIn to become a leader in social media and the emerging crowdfunding industry," the report said. Image Source: Reuters
Written By: IANS
RELATED NEWS

The $26.2 billion acquisition of LinkedIn can propel technology giant Microsoft to be the first tech company to attain a market value of $1 trillion, an analyst has said.

A report in GeekWire on Monday quoted Michael Markowski, who writes for Equities, as saying that Microsoft will reach that threshold before other big companies like Amazon, Google, Facebook and Apple.

"Microsoft will do it by leveraging LinkedIn to become a leader in social media and the emerging crowdfunding industry," the report said.

"A pair of rulings from the US Securities and Exchange Commission (SEC) this year opened up crowdfunding by letting companies directly advertise to the public" the report said.

"And allowing those who are not accredited investors -- those making more than $200,000 a year or with a net worth in excess of $1 million -- to participate in more types of investments," it added.

ALSO READ: Microsoft buys LinkedIn; here are 5 companies that it bought and shut down soon after

According to Markowski`s predictions, online crowdfunding would be the next technological revolution, at par with the creation of the internet, email, social media, smartphones and apps.

"The public has an insatiable appetite for making small bets and purchasing lottery tickets, etc., that provide the chance to make a big profit," Markowski said.

"The millennials will be a good example. Many will want to routinely invest $100 or even less into high-risk ventures that could produce returns of 10X to 100X," he added.

Having monopoly on the business on social media sphere, Microsoft, with the acquisition of LinkedIn, would be able to take advantage of this trend.

Earlier Microsoft acquired LinkedIn for $26.2 billion in an all-cash deal which was billed as one of the largest acquisitions in the social media space.