Lessors to Jet Airways Ltd have applied to deregister another four Boeing Co 737 planes, the Indian aviation regulator said on its website on Wednesday, even as the embattled carrier seeks emergency funding from its lenders. 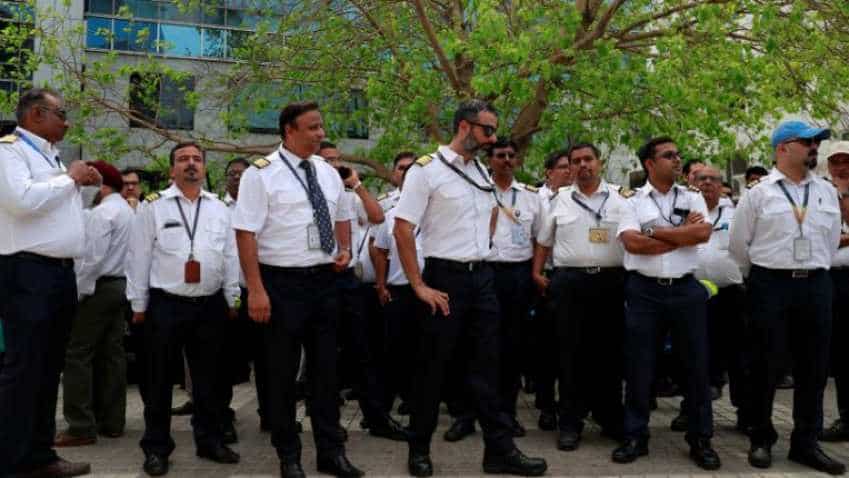 Lessors to Jet Airways Ltd have applied to deregister another four Boeing Co 737 planes, the Indian aviation regulator said on its website on Wednesday, even as the embattled carrier seeks emergency funding from its lenders. Latest analysis of data disclosed by the Directorate General of Civil Aviation shows that Jet`s lessors have, so far, sought to deregister and repossess at least four dozen of the planes operated by Jet. Once deregistered, lessors are free to reclaim a plane and lease it to another airline anywhere in the world. The moves come even as Jet scrambles to secure emergency funds and its lenders try to hurry through a sale process to identify an investor willing to acquire a majority stake in the airline and attempt to turn it around.

Lenders are likely to invite binding bids from four shortlisted suitors, private equity firms TPG Capital and Indigo Partners, Indian sovereign wealth fund National Investment and Infrastructure Fund, and the UAE`s Etihad Airways that already owns a minority stake in Jet, local media reported. TPG declined to comment, while the other three did not immediately respond to a request for comment from Reuters.  Jet will be forced to shut down as soon as Wednesday if it does not get emergency funding from its lenders, two sources familiar with the matter told Reuters on Tuesday.  Jet CEO Vinay Dube said on Tuesday in a letter to employees, seen by Reuters, that the carrier had stressed to its lenders the need for some urgent funding, critical to the continuation of its operations.

At its peak, Jet had over 120 planes and hundreds of daily flights. The airline, once India`s leading private carrier, has been forced in recent months to cancel hundreds of flights to dozens of domestic and overseas destinations. On its website, Jet Airways disclosed it was operating only about three dozen flights on Wednesday.  Shares in the company, which have tumbled about 60 percent in the last year, closed on Tuesday at 240.50 rupees a share.

The company still has a market capitalization of $393.8 million, as investors cling to hopes of a rescue. Indian markets were closed due to a public holiday on Wednesday.