Net profit for the quarter was $233 million, ahead of the $207 million average of 10 analyst estimates compiled by Refinitiv and up from a loss of $289 million in the same period a year earlier when Lenovo took a one-off hit due to U.S. tax reforms. 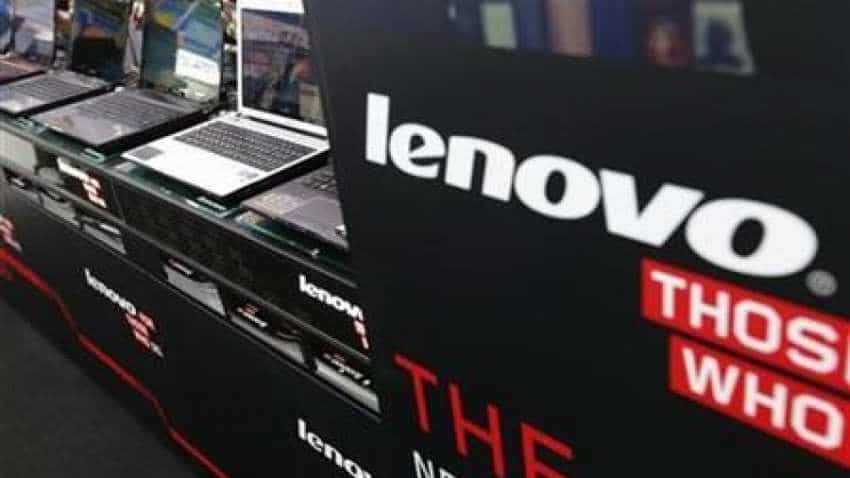 Total revenue in the quarter rose 8.5 percent to $14.04 billion, while that from its PC and smart devices group rose 12 percent to a record $10.7 billion. Reuters

Lenovo Group, the world`s largest personal computer maker, posted better-than-expected quarterly results and shrugged off the impact of a bruising Sino-U.S. trade war, sending its shares soaring 11 percent to three-year highs. The company, dual-headquartered in China and the United States, is optimistic of further growth in China and will focus on the premium market, CEO and chairman Yang Yuanqing told Reuters after December quarter revenue rose to the highest in four years on a strong showing across its major business groups.

"Definitely we don’t want to see more trade war, political tension. If that continues, that would affect everyone, not just us, all multinationals," Yang said in an interview on Thursday. Lenovo shares rose 11.4 percent on Thursday morning, poised for their best one-day gains in almost 10 years, and adding about $1 billion to their market value.

Yang said Lenovo is well-prepared for geopolitical and economic volatility as its manufacturing facilities are spread across China, the United States, India, Brazil, Japan and Mexico, ensuring a stable supply. Lenovo, which bought IBM Corp`s personal computer and server businesses, relies on the Americas for 31 percent of its total revenue, versus 26 percent from China.

Net profit for the quarter was $233 million, ahead of the $207 million average of 10 analyst estimates compiled by Refinitiv and up from a loss of $289 million in the same period a year earlier when Lenovo took a one-off hit due to U.S. tax reforms.

Lenovo said its share in the global PC market rose to 24.6 percent and that it expanded in premium markets such as workstations, thin and light PCs and gaming PCs.  Total revenue in the quarter rose 8.5 percent to $14.04 billion, while that from its PC and smart devices group rose 12 percent to a record $10.7 billion.

Industry tracker Gartner said last month worldwide PC shipments fell 4.3 percent in the December quarter and 1.3 percent in 2018, but that the biggest three vendors - Lenovo, HP Inc and Dell Inc - expanded their market share in the quarter to 63 percent of total shipments from 59 percent.

Lenovo`s mobile phone business recorded a pre-tax profit - of $3 million, its first pre-tax profit since it bought Motorola`s mobile business in 2014 for $2.9 billion and struggled to integrate the assets. But revenue declined 20 percent, with Lenovo attributing the fall to a strategy of focusing on core markets.

Yang said he expects the PC market to consolidate further and that Lenovo would "leverage suitable opportunities".  He also said the group sees further growth potential in the China PC market, which still lags the U.S. industry in sales volume and revenue. “This is not consistent with our population," Yang said, drawing reference to China`s smartphone and automobile markets, which are the world`s largest.

The loss in Lenovo`s data centre business narrowed to $55 million from $86 million a year earlier, while revenue grew 31 percent. Yang said a new joint venture with U.S. cloud storage company NetApp would give a further boost to this segment, but declined to give a target date for breaking even.