China`s Lenovo Group said its annual revenue climbed to a three-year high, led by a double-digit sales growth in the fourth quarter, as business at its core personal computer and smart devices segment improved. 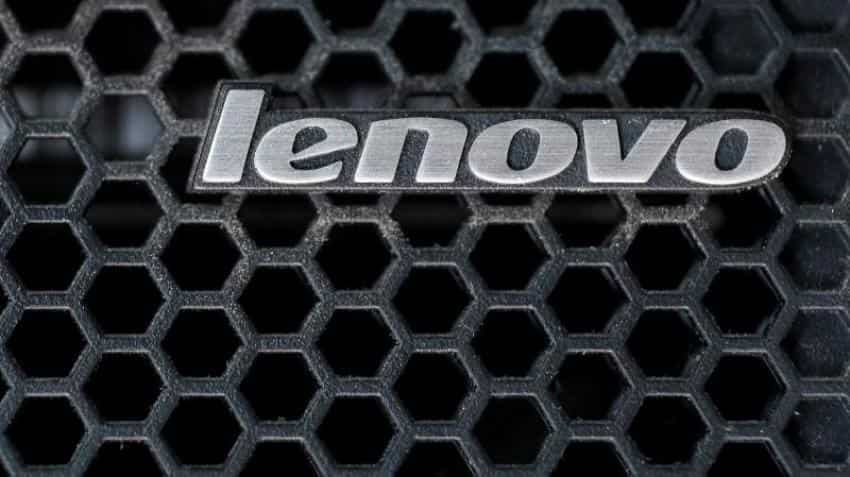 "I think the company is in much better shape than it was six-nine months ago," he told Reuters on Thursday, adding that Lenovo was now the world`s top gaming PC maker. Shares of the company rose as much as 4 percent on the news.

Lenovo, which lost the world`s largest PC maker crown to HP Inc in 2017, has seen its core business suffer from a shrinking market globally, while its smartphone business struggles to stay ahead of fierce competition.

But in the fourth quarter ended March, its revenue from the PC and smart devices business jumped 16 percent, accounting for almost three-quarters of a total $10.6 billion for the period.

For the year, Lenovo`s revenue came in at $45.35 billion, up 5 percent, with gaming PC revenues almost doubling.

Lenovo, however, posted a loss attributable to shareholders of $189 million for the year, versus a $535 million profit a year ago, on higher component costs, a $400 million tax write down and a lacklustre smartphone business.

This was the company`s biggest loss since 2009 and wider than an average analyst estimate for a loss of $161.3 million from 17 analysts polled by Thomson Reuters.

The company, which missed a March deadline to turn around the business, said it would focus on reducing losses in the segment by focusing on profitable markets such as Latin America and North America.

Chairman Yang Yuanqing said Lenovo also aims to be among the world`s first to roll out 5G phones, late this year or early 2019, with Qualcomm`s next generation Snapdragon 855 chips.

Lenovo`s phone problems started after it bought Motorola Mobility from Google for $2.9 billion in 2014 but struggled to integrate the assets.

"I think our data centre business` momentum is much stronger. If we continue this, definitely we will break even soon," he told Reuters.

Overall business conditions, however, continue to be tough as indicated by Gartner data that shows worldwide PC shipments fell 1.4 percent from a year ago in January through March, the 14th consecutive quarter of decline for the industry.

Lenovo`s net profit over the three months plunged 69 percent to $33 million, but beat a consensus estimate of $27.7 million.

Revenue for the period rose 11 percent - best pace of growth since the second quarter of 2015.

The company`s shares, which will be removed from the Hang Seng Index next month, closed up about 2 percent, versus a 0.3 percent gain for the wider market.