Lemon Tree Hotels IPO: No juice in valuations, but turnaround seen; should you subscribe?

Lemon Tree Hotels IPO: Lemon Tree is one of the largest hotel chain in the mid-priced hotel sector and one of the most cost efficient players in the segment. However, despite being operationally & capex efficient and occupancy of over 70 per cent in each of it’s brands the company has low RoCE. 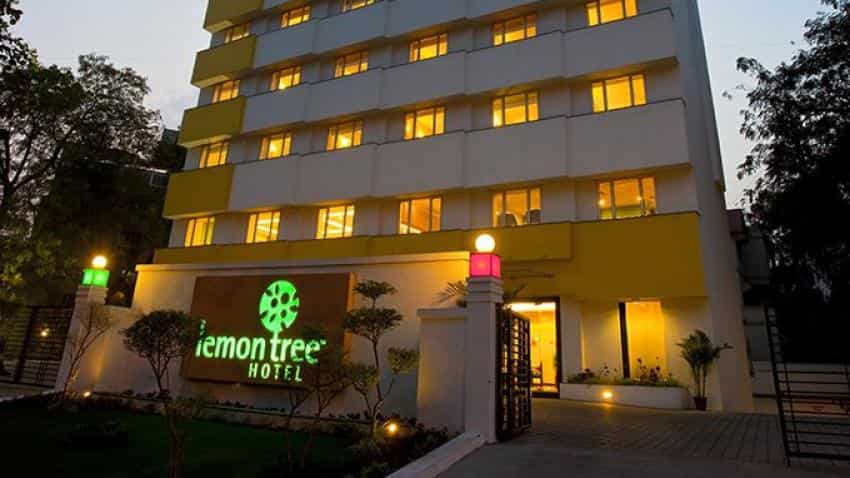 Lemon Tree Hotels IPO kicks off on March 26; here are the details

Lemon Tree Hotels IPO: The initial public offering (IPO) of Lemon Treet Hotels hit the primary market on Monday to raise around Rs 1,040 crore in the price band of Rs 54 and Rs 56. With valuations fixed at higher end, analysts are not so gung-ho on the IPO with most of them recommending 'avoid' on the issue.

The issue will close on March 28.

Here's what analysts recommend on the issue:

Lemon Tree is one of the largest hotel chain in the mid-priced hotel sector and one of the most cost efficient players in the segment. However, despite being operationally & capex efficient and occupancy of over 70 per cent in each of it’s brands the company has low RoCE. This is mainly due to high capex oriented nature of expansion, which has kept its turnover ratios lower (at 0.2x). Further, although the EBITDA margin has improved from 17.4% in FY13 to 28.2% in FY17 leading to robust operating cash flow generation, the FCFF has remained negative. Going forward, considering the company intends to expand through owned hotels, we expect the capex intensity to remain higher. This will impact FCFF generation. In addition, with higher share of B2B segment and higher competition from branded and unbranded hotels, we believe there is limited room for ARR upside. Further, the company’s current valuation of EV/EBITDA of 44-46x is at 25-30%, higher than comparable peers. Hence, we have an AVOID rating on the offering.

Lemon Tree has seen turnaround in M9FY2018 by posting a PAT of Rs 2.9 cr which was achieved at sort of peaked occupancy and 9 per cent price hike (taken after September 2017). Hence, any further improvement in margins have to largely come via price hikes, which looks difficult specially in the lower range hotels, amid intense competition. At the upper end of the price band, the EV/EBITDA multiple works out be 44.5x EBITDA of FY2017 and ~38.6x on its FY2018 annualized EBITDA, which appears on the higher side even when compared to large listed hotel players like Indian Hotels (available at 33x FY2018 EV/EBITDA, others are available at 20-25x). We recommend ‘Neutral’ on the issue for a mid-to-long term period.

We would not recommend investing in this IPO as the hospitality industry has seen underperformance lately. Overall market sentiment is negative too, which would impact the listing gains.

Lemon Tree Hotels IPO kicks off on March 26; here are the details