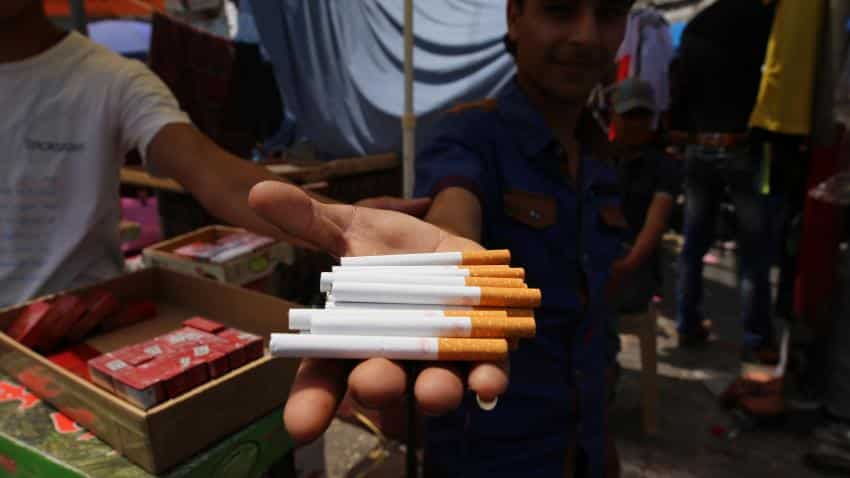 The implementation of government's policy of covering 85% of a cigarette packet with pictorial health warnings will impact the livelihood of 4.6 crore Indians working in the industry and will contribute to the sale of illegal cigarettes, The Tobacco Institute of India said, in an advertisement in a leading daily on Sunday.

Cigarette makers in the country shut production earlier this month, which has been causing a loss of Rs 350 crore every day to the tobacco industry.

After a one-year delay, the Union Health Ministry's notification that tobacco products should have larger pictorial warnings, covering 85% of the packaging space as against the earlier 20%, came into effect on April 1 this year. A parliamentary panel earlier had recommended a smaller warning.

Even industry body Assocham had pointed earlier in the month, that the livelihood of more than 45 million (4.5 crore) people engaged in tobacco industry across India is being threatened due to the ambiguity on the policy.

In its advertisement on Sunday morning, The Tobacco Institute said that following the government's new norm will give a filip to the illegal cigarettes industry.

According to a Ficci study, the advert says, “one in every five cigarettes sold in the country is illegal.”

“The legal cigarette industry accounts for only 11% of the tobacco consumed in India. The unorganised tobacco sector accounts for 68% of tobacco consumption and continues to grow as it does not adhere to government regulations,” the institute said.

Justifying this, it elaborates, “85% pictorial warnings will encourage the growth of smuggled cigarettes as they do not carry specified warnings. This will create an impression that they are safer than legally produced cigarettes which carry warnings.”

Earlier this week, a tobacco lobby called the new norm “a global conspiracy against Indian tobacco” which will turn India into a “haven of smuggled cigarettes” and spell “doom for millions of tobacco farmers,” a report in dna said.

According to the industry lobby, consumers will be scared into buying smuggled cigarettes – which have no pictorial warning as they not adhere to government norms.

“This will cause losses to domestic players and threaten livelihoods of tobacco farmers, the tobacco lobby said, according to dna.

The lack of clarity has opened floodgates in terms of illegal imports to the extent of 90%, it added.

Gujarat Tobacco Merchants Association, which represents 4.5 lakh tobacco farmers in the state, has appealed to Prime Minister Narendra Modi to intervene in the matter, demanding a rollback the new norm.