Kraft Heinz Co named Miguel Patricio as its next chief executive on Monday, hoping the 30-year marketing veteran will revitalise brands such as Planters nuts and Oscar Mayer bacon at one of the world`s largest packaged food companies. 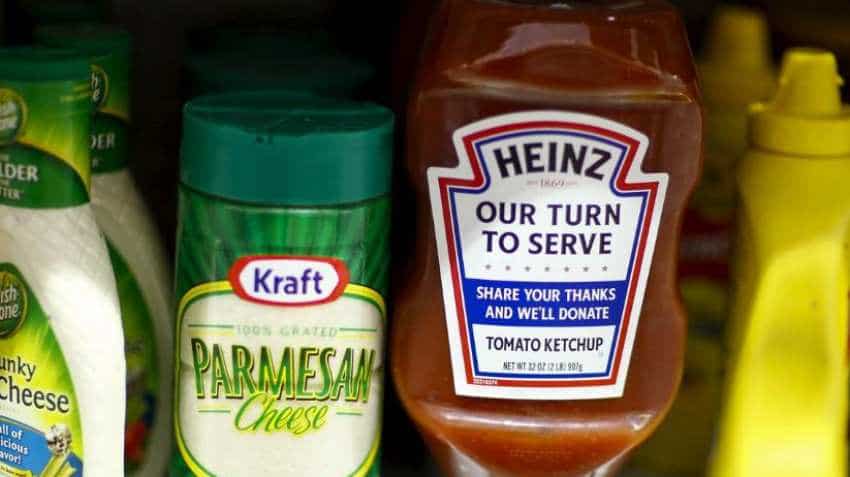 Kraft Heinz Co named Miguel Patricio as its next chief executive on Monday, hoping the 30-year marketing veteran will revitalise brands such as Planters nuts and Oscar Mayer bacon at one of the world`s largest packaged food companies. Patricio, a 52-year-old native of Portugal, will take over the top job in July after two decades at Anheuser-Busch InBev, where he rose to become the company`s global head of marketing, building sales of beer brands Corona, Budweiser and others.

Before AB InBev, Patricio worked at major consumer companies including Philip Morris, Coca-Cola Co and Johnson & Johnson. He succeeds Bernardo Hees, 49, who was made CEO in 2015 when Kraft Foods and H.J. Heinz merged.

His appointment comes two months after Kraft Heinz slashed its quarterly dividend, wrote down the value its marquee Kraft and Oscar Mayer brands and other assets by more than $15 billion. It also disclosed that it had been subpoenaed by the U.S. Securities and Exchange Commission.

Kraft Heinz`s second-biggest shareholder, Brazilian private equity fund 3G Capital, has pushed the company to rein in expenses to tackle higher costs and sluggish growth, a strategy it has successfully implemented at holdings including Heinz and Anheuser-Busch.

"Great companies are the ones that have the costs in control, that grow the top line, and grow the bottom line – it’s not one or the other, Patricio said in an interview. “I have very good experience on that - on being more efficient every year, which doesn`t mean cutting costs. It means to be more efficient."

Kraft`s cost cuts, made at the urging of 3G, resulted in smaller marketing and advertising budgets for key brands like Oscar Mayer bacon and the loss of brand managers, which translated to market share loss to cheaper, private-label competitors, according to two former Kraft Heinz marketing employees.

On top of that, the broad sector has struggled with rising transportation and commodity costs along with a shift in consumer preferences to more niche health-focused brands. Warren Buffett`s Berkshire Hathaway Inc and 3G together own close to 50 percent of Kraft Heinz. Berkshire Hathaway did not immediately response to requests for comment.

SEC PROBE
The company also disclosed in February that it had been subpoenaed by the U.S. Securities and Exchange Commission related to an investigation into its accounting policies, procedures and internal controls related to procurement.

At the time, Kraft said it was working on ways to improve its internal controls and determined the problems required it to record a $25 million increase to the cost of products sold. "The change at the top of Kraft Heinz is a positive development," said Roosevelt Investment Group fund manager Jason Benowitz, which previously held a stake in Kraft Heinz.

"It shows that management and the board understand the serious nature of the challenges facing the company. Kraft Heinz ... cannot further cost cut its way to prosperity." The company`s shares were flat at $32.96. The stock has lost half its value since Heinz and Kraft merged.

Kraft Heinz has been the worst performing stock on the S&P 500 Packaged Foods and Meats index over the last year, falling some 43 percent.  "By appointing Mr. Patricio as the new CEO, it appears that Kraft Heinz is doubling down on its efforts to reinvigorate the top line," Bernstein analyst Alexia Howard wrote in a note.

Patricio`s experience as the president of Asia Pacific of Anheuser-Busch InBev might enable him to explore more growth opportunities in emerging markets at Kraft Heinz, she said.