K.P. Singh has been appointed as Chairman Emeritus of DLF Ltd. Singh, Non-Executive Director/Chairman of the company, has been at the helm of affairs of the company and the DLF Group for over five decades. 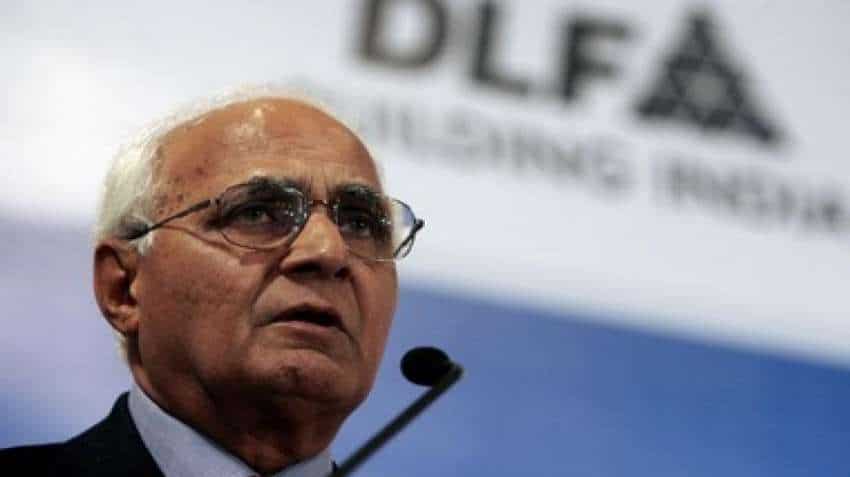 As part of the succession planning, Singh, vide letter on June 4, tendered his resignation from the position of Non-Executive Director/Chairman of the company. Photo:
Written By: IANS
RELATED NEWS

Singh, known for his pioneering contribution in urban housing and infrastructure development, commercial offices and malls, said: "I am grateful to all our stakeholders and particularly to our customers without whose confidence, trust and faith, DLF would not have tracked its glorious path of success. My sincere thanks to the Board of Directors and the DLF family, without whom we would not have achieved record milestones year after year for decades. As we move into a new India that is transforming at an incredible pace, I am confident DLF will continue to contribute to national growth under the leadership of Rajiv Singh."

Significantly, K.P. Singh had a huge contribution towards the swift rise of a new sector - business process outsourcing - when GE undertook India`s first BPO from DLF`s Corporate Park in then Gurgaon in the 1990s. Few also know that it was DLF, which facilitated GE`s walk-to-work concept in Gurgaon via DLF`s mixed-development projects.