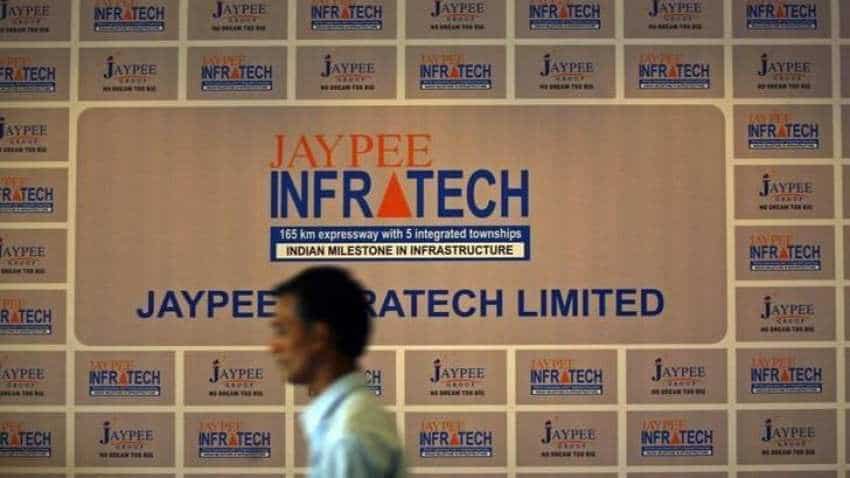 JIL, a subsidiary of Jaypee Group's flagship firm Jaiprakash Associates, is developing about 32,000 flats, of which it has delivered 9,500 units. Image courtesy: Reuters
Written By: PTI
RELATED NEWS

Jain had invited Expression of Interest (EoI) from companies to submit resolution plan to revive Jaypee Infratech Ltd (JIL), which has many stuck housing projects in Noida and Greater Noida. The IRP has received five EoIs from interested parties, JIL has said.

Out of the five companies, L&T Infrastructure Development Projects is only interested in 165-km Yamuna Expressway and not for the development of land parcels attached to the expressway belonging to JIL.

In a filing to BSE Tuesday, state-owned NBCC said it has submitted the EoI for submitting resolution plan for JIL and the company has been provisionally shortlisted by IRP of JIL as prospective resolution applicant.

Suraksha Asset Reconstruction has shown interest along with its entities Lakshdeep Investments and Finance and Suraksha Realty.

Last year, the National Company Law Tribunal (NCLT) had admitted the application by an IDBI Bank-led consortium, seeking resolution for JIL under the Insolvency and Bankruptcy Code.

The tribunal had appointed Anuj Jain as IRP to mange the company's business, who later invited bids from investors interested in acquiring JIL and completing the stuck real estate projects in Noida and Greater Noida.

Consequently, Lakshdeep had emerged as a front runner to acquire JIL. However, in May this year, lenders of JIL rejected the Rs 7,350 crore bid by Lakshdeep as they found it inadequate.

JIL, a subsidiary of Jaypee Group's flagship firm Jaiprakash Associates, is developing about 32,000 flats, of which it has delivered 9,500 units.

Jaiprakash Associates had submitted Rs 750 crore in the registry of the Supreme Court for refund to buyers. However, this amount has now been transferred to NCLT as per the order of the apex court that has now directed to start a fresh bidding process.

Recently, lenders of JIL have rejected a proposal to appoint Vijaykumar V Iyer as new resolution professional .The Committee of Creditors (CoC) of JIL had met on October 17 to vote on various proposals.