The Mistry camp had lashed out at his removal as Chairman of TCS calling it as a reflection of "cloak and dagger" machinations that define "the angry strategy of the Ratan Tata camp". 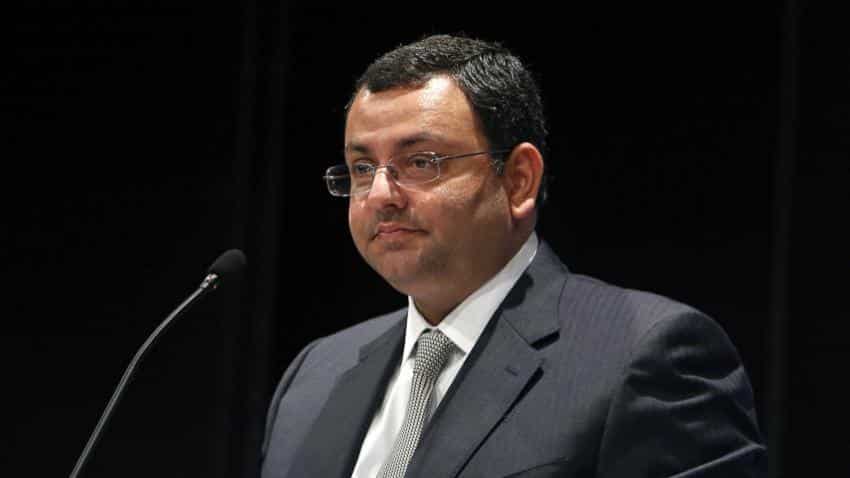 TCS' shareholders EGM meeting tomorrow will be the first of six such EGMs called by major listed firms. Photo: Reuters

Shareholders of Tata group's crown jewel TCS will tomorrow vote on a resolution to remove Cyrus Mistry as the company's director -- a crucial test for both Ratan Tata and the ousted Tata Sons Chairman in their ongoing board room war.

The result would influence the fate of Mistry, who was today removed as director and Chairman of Tata Industries following shareholders' vote, first such instance of the embattled executive being ousted from the board since his removal as Tata Group chairman in October.

On November 17, TCS board decided to call Extraordinary General Meeting (EGM) "pursuant to the Special Notice & Requisition dated November 9, 2016 sent by Tata Sons, shareholder of the company holding 73.26 per cent of the paid-up equity share capital of the company".

Tata Sons seeks to pass a shareholder resolution for removal of Mistry as director after removing him as Chairman on November 10, replacing him with Ishaat Hussain.

It had made use of one of the statutes that makes it possible to nominate the chairman of the board, while replacing Mistry with group veteran Hussain.

The Mistry camp had lashed out at his removal as Chairman of TCS calling it as a reflection of "cloak and dagger" machinations that define "the angry strategy of the Ratan Tata camp".

He had even alleged that Tata once tried to sell the IT firm to IBM and his "ego" led to bad business decisions like Corus acquisition at double the original cost. However, he changed his stance later stating his statement was based on "information from sources who were close to JRD Tata who informed him that it was Ratan Tata's intention, and not the group's intention, to sell TCS".

In case of Tata Motors, Tata Steel and Tata Chemicals, the shareholders will also be voting for a resolution moved by Tata Sons to remove Nusli Wadia as independent director.

Tata Sons has been stepping up the pressure on Mistry ever since he was sacked as Chairman of the company on October 24. It had made several allegations against Mistry, including betraying trust and trying to gain control of major operating firms, concentrating powers and using free-hand given to him to weaken management structures of the Tata Group.

Last week, in a letter to shareholders of the companies, Tata stated that the continued presence of Mistry in their respective boards was a serious "disruptive influence" and could make the companies "dysfunctional".