The Karnataka High Court on Friday issued a bailable arrest warrant against Vijay Mallya for allegedly violating an undertaking given by him and his companies not to transfer their equity shares in United Breweries Limited (UBL) to British spirits company Diageo Plc. 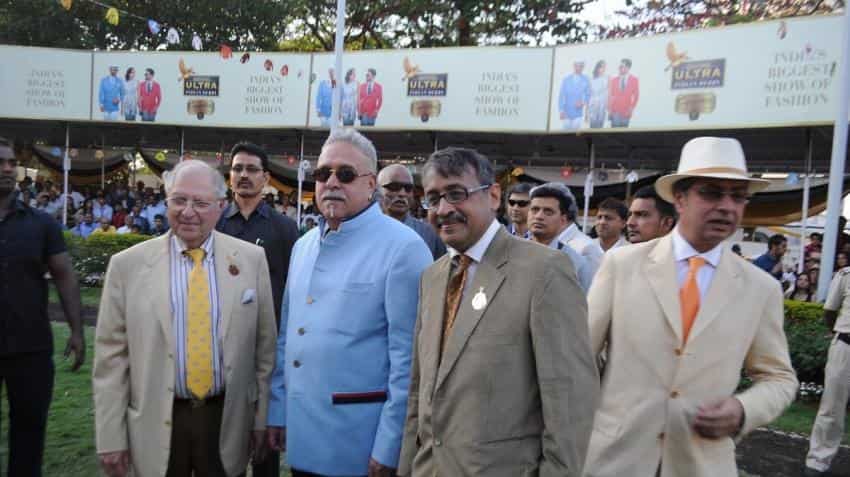 Vijay Mallya had left the country on March 2 last year and is in the UK. Image Source: IANS
Written By: PTI
RELATED NEWS

The Karnataka High Court on Friday issued a bailable arrest warrant against beleaguered liquor baron Vijay Mallya for allegedly violating an undertaking given by him and his companies not to transfer their equity shares in United Breweries Limited (UBL) to British spirits company Diageo Plc.

"We are issuing a bailable arrest warrant against the accused (Vijay Mallya) for violating an undertaking given by him in the case," said Justice Jayant Patel heading a division bench.

The warrant has been issued after Mallya failed to appear before the bench, also comprising Justice Aravind Kumar, on petitions filed by a consortium of banks led by State Bank of India (SBI).

The banks have accused Mallya of violating the undertaking given by him and his companies, including the now defunct Kingfisher Airlines, not to transfer their equity shares in UBL after the Debt Recovery Tribunal (DRT) had restrained Standard Chartered Bank, with which the shares had been pledged, from handing over the same to Diageo Plc.

On December 2 last, Justice Vineet Kothari of the high court had rejected Mallya's application for recalling its order summoning him for allegedly violating the undertaking.

On October 20 last, Justices Patel and Kumar had summoned Mallya to appear before it on November 24.

Resuming the hearing, counsel for the bankers, Nagananda pleaded that a non-bailable arrest warrant be issued against Mallya for violating the undertaking given to the court.

At this, the bench asked whether the bankers had placed documents submitted before the Supreme Court suggesting the non-residence of Mallya in the country in order to issue non-bailable arrest warrant against the liquor baron.

"Since you (bankers) haven't placed the Supreme Court documents suggesting Mallya's non-residence in India, we request you to submit the same before us. After which, the court would decide on issuing non-bailable arrest warrant, which your are pleading for," Justice Patel said.

The division bench posted the matter for next hearing on February 17.

The DRT, in its order last year, had restrained Standard Chartered Bank from transferring to Diageo Plc or anyone else, the equity shares of UBL pledged by Mallya and his son Siddharth Mallya with the bank.

In their plea, the banks alleged that despite the earlier order by DRT, Standard Chartered Bank was in the process of transferring the equity shares to Diageo Plc.

Diageo Plc, the world's largest spirits maker, which acquired control of United Spirits Ltd (USL) in 2012, had issued a guarantee to Standard Chartered Bank for a $135 million (around Rs 877 crore) loan to Watson, a firm affiliated to Mallya, to release certain UBL shares that were to be acquired as part of the deal.

The company, in a statement earlier, had said the risk had arisen due to default by Watson in May and DRT preventing sale or any other transfer of such UBL shares in June as part of the enforcement process pending further orders following the petition by the bankers.

The banks had also said that the very pledging of the shares by Mallya was illegal.

On January 19, the DRT had ordered banks to start the process of recovering Rs 6,203 crore at annual interest rate of 11.5 per cent from Mallya an his companies including UBL in the Kingfisher Airlines case.

On January 24, CBI had filed a charge sheet in connection with IDBI loan default case involving the defunct airlines in which its promoter Mallya is a wanted accused.

The agency had named nine people whom it arrested on January 23 leaving out Mallya as he is yet to be arrested.

Mallya had left the country on March 2 last year and is in the UK.

He has been declared a proclaimed offender by a special PMLA court in Mumbai on a plea by the Enforcement Directorate (ED) in connection with its money laundering probe against him in the alleged bank loan default case.