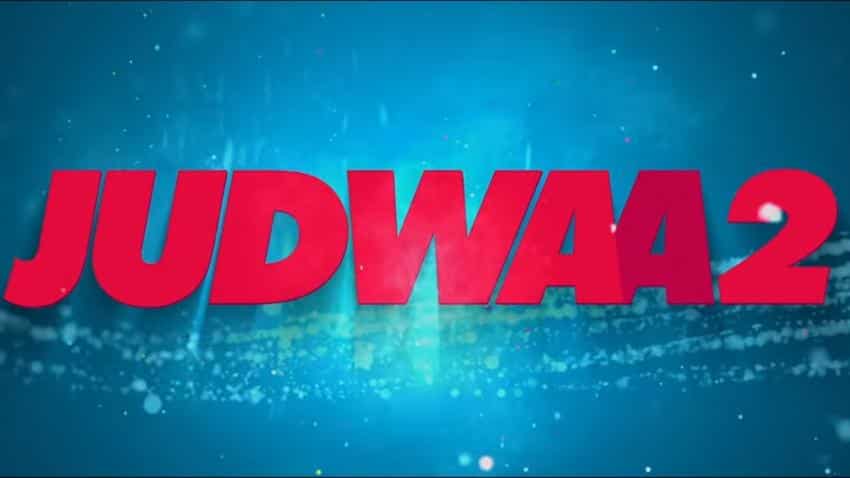 "Judwaa 2" has now made collections of Rs 157.69 crore worldwide, read a statement issued on behalf of the makers. Image Source: Judwaa 2 official trailer
Written By: IANS

Filmmaker David Dhawans action-comedy film "Judwaa 2", a reboot of the 1997 Salman Khan-starrer "Judwaa", has crossed the Rs 100 crore mark in eight days since its release, the makers have said.

"Judwaa 2" has now made collections of Rs 157.69 crore worldwide, read a statement issued on behalf of the makers.

The comedy film has Varun bringing back to celluloid the iconic characters Prem and Raja played by Salman in "Judwaa", while Jacqueline Fernandez and Taapsee Pannu slip into the shoes of Karisma Kapoor and Rambha respectively.

"It is an outstanding feat for `Judwaa 2` to race past the Rs 100 crore mark in just eight days! And this has been made possible only because of the overwhelming love from audiences for this movie and this country`s most likable superstar Varun Dhawan," Vijay Singh, CEO, Fox Star Studios, said in a statement.

"We congratulate Sajid Nadiadwala and David Dhawan, who know the pulse of Indian audiences. We at Fox Star Studios are incredibly happy that this is our second Rs 100 crore blockbuster this year after `Jolly LLB 2`. It bolsters our faith in our content choices," Singh added.

Nadiadwala said he was "always confident" about the film`s success.