JSW Steel keen to snap up troubled steel cos for expansion 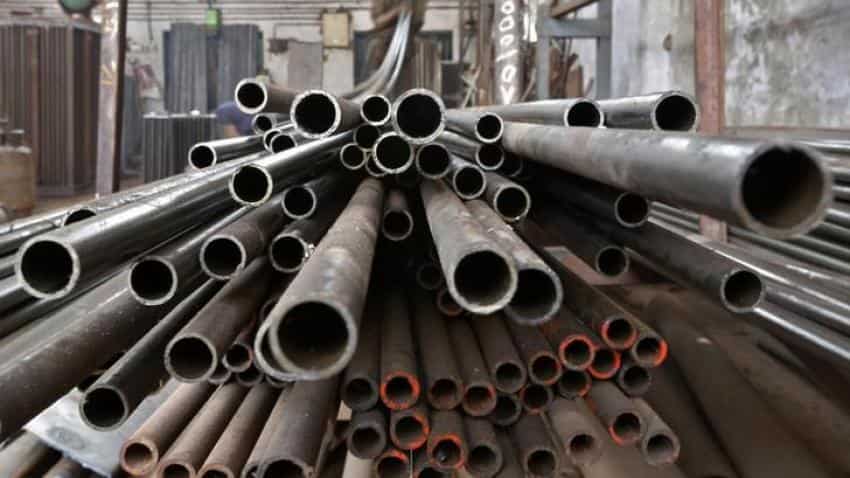 The sector is one of the most stressed leaving banks with a pile of dud assets. Photo: Reuters
Written By: PTI
RELATED NEWS

JSW Steel is keen to capitalise on the stress in the sector by acquiring distressed alloy companies so that it can expand its capacity faster, a top official has said.

"We are looking at distressed companies for acquisition," JSW Steel Chairman Sajjan Jindal told a select group of mediapersons at an event here to commission the group's port project over the weekend.

He was replying to a question on whether his company would be looking at acquiring distressed steel companies like Monnet or Bhushan Steel.

"JSW is in a position to consolidate this industry. And in case, anywhere in the world, if steel industry has to remain consolidated, there cannot be too many players," Jindal said.

He said the steel sector is "passing through a difficult phase" with companies facing problems due to a collapse in prices following the 2008 financial crisis from which the global economy is yet to come out.

The billionaire industrialist, however, hinted that the worst is behind the steel makers with a recent surge in demand and prices, which is reflected in the numbers showing a jump in exports.

"I wouldn't say the problems are behind us fully, but as of today the industry is doing well," he said. Jindal also thanked the Finance and Commerce ministries for measures, like anti-dumping duties and minimum support price, taken over the past year which have all helped the sector.

It can be noted that the sector is one of the most stressed leaving banks with a pile of dud assets. In some cases, banks have replaced the management after revamping their loans and converting their debt into equity, and then finding for buyers.

Stating that it is up to the Finance Ministry and the banks to decide on the future course of action on bad loans, Jindal underlined the need for adopting a "transparent" process to deal with bad assets.

"There has to be a transparent process, through which a new bidder should be found and allowed to take over and run the plant efficiently so that banks would not be forced to take more haircuts," he said.

Jindal said such a step can ensure that this crucial industry can move forward and start building capacities. JSW Steel is on course to achieve its 40 million tonne capacity expansion by 2025 from the present 18 mtpa, he said.

"All the plans are on track to achieving the goal of having 40 mtpa capacity," he said. This will call for both brownfield expansion and at least one greenfield project, he said but did not elaborate.

Asked if the group is keen on working in Iran's Chabahar Port, Jindal replied in the negative. "Well, those are geopolitical ports and difficult areas," he said, talking about Chabahar where India has committed to build a port as part of its foreign policy initiatives.

"We're not so big as of now in port infrastructure. We do not have the management bandwidth to take up too many projects," Jindal said. He said his company will work only in the UAE's Fujairah port, where it has already announced a greenfield project, for the time being.