Swedish furniture major IKEA Wednesday said its employee count in India may see a ten-fold rise to 15,000 in future, whereas the company may look at trimming around 7,500 jobs globally as part of restructuring. 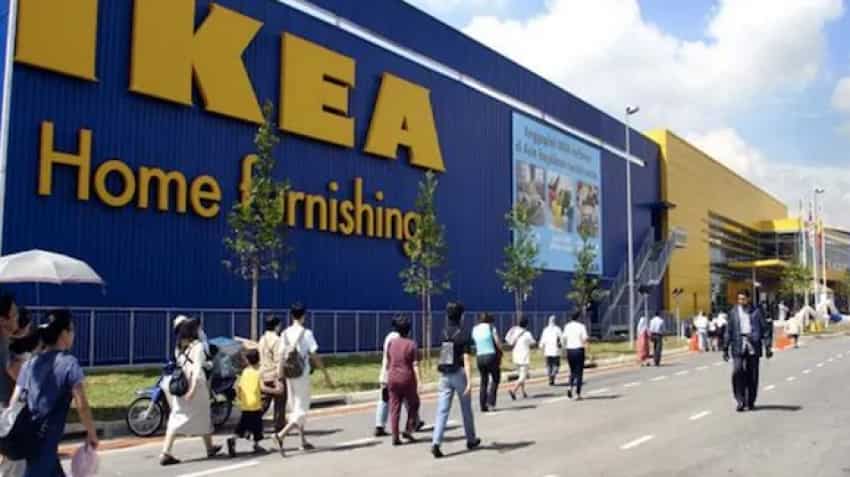 Swedish furniture major IKEA Wednesday said its employee count in India may see a ten-fold rise to 15,000 in future, whereas the company may look at trimming around 7,500 jobs globally as part of restructuring.  Also, IKEA said it is on track to invest 1.5 billion euros in India and aims to be present in many cities in the country in the coming years.

In August 2018, the global furniture giant opened its first India store in Hyderabad and is looking to enter Mumbai next with online and stores. The company intends to reach 200 million Indians in the coming three years through different channels as it looks at India as a new and expanding retail market for Ingka Group, the parent firm of IKEA.

Globally in Ingka's top 30 mega city strategies, three Indian cities --  Mumbai, Bangalore and Delhi - are included which reinforces IKEA's belief in the potential of India. "Through its expansion in India, it (IKEA India) will create many more direct and indirect jobs. The number of co-workers is expected to grow from the current strength of 1,500 co-workers to over 15,000 co-workers in the future, out of which 50 per cent will be women," IKEA India said in a statement.

Besides jobs in the stores and new city centres, it will also create a lot of new roles in areas such as digital, data analytics, diversified fulfilment networks and personalisation. "Certain existing roles will change and the company confirmed that all its co-workers will get to explore new opportunities in the new organisation. 3,000 new jobs are expected to be created in the next two years in line with its growth plans and transformation," it added.

"The India organisation will align with the new global structure and competencies to build a future ready organisation in terms of skill sets. IKEA India will hire many more people, both in terms of direct and indirect employment, and as we start our digitisation journey, we will add many more co-workers with different skill sets, while also creating avenues for our existing co-workers to grow in many new roles," IKEA India Chief Executive Officer Peter Betze said.

As part of global restructuring efforts, Ingka Group (Ingka Holding B.V and its controlled entities) is accelerating its transformation, stepping up investments in new and existing IKEA stores and fulfilment centres, developing city centre formats and focusing on its e-commerce platform, to better meet the needs of its customers and be more convenient and affordable to many more people, the statement said.

"In the coming two years, 11,500 new jobs will be created globally, through opening around 30 new IKEA touchpoints, investments in its fulfilment network and in digital capabilities. At the same time 7,500 jobs may become redundant globally, out of the current 160,000 jobs, mainly focusing on global functions and offices in 30 markets," the company said.