Jaguar Land Rover sales in May rose by just 1% as Land Rover saw a drop of 7.1% in sales and the impact of UK's vehicle excise duty which was implemented from April 1. 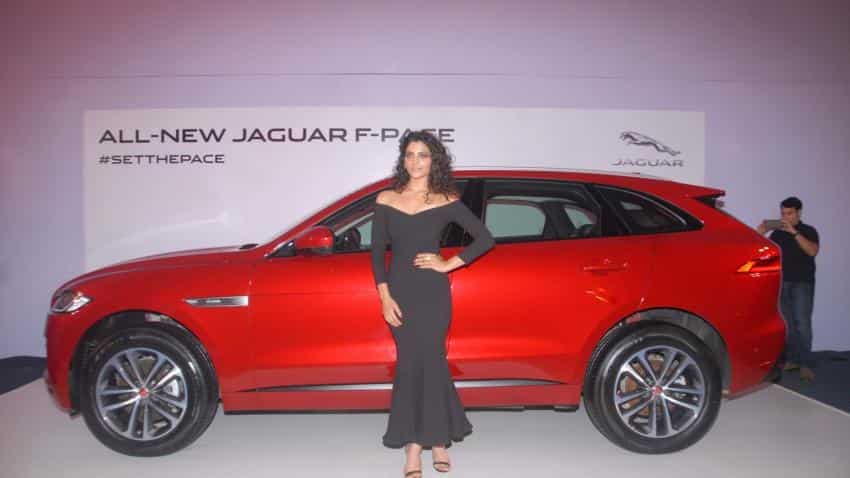 A model stands besides the Jaguar F-Pace car during its launch in India. Photo: IANS
Written By: ZeeBiz WebTeam
RELATED NEWS

Tata Motors on Wednesday announced that the Jaguar Land Rover (JLR) retail sales had increased by 1.2% in May 2017 as it sold 45,487 vehicles. This it said was due to the continued strong demand for the Jaguar F-PACE, since sales began 12 months ago, and solid sales growth of the long wheel base Jaguar XFL from their China joint venture.

UK sales were down 11.2% as customers purchased new vehicles ahead of the increase in Vehicle Excise Duty rates effective from April 1, 2017.

Andy Goss, Jaguar Land Rover Group Sales Operations Director, said, “May brought yet another strong performance from the Jaguar brand, led by further encouraging sales growth in North America and China. The World Car of the Year, the Jaguar F-PACE, has become the brand’s best-seller and is up 89% on last May, while Jaguar XF sales continue to rise.”

“Land Rover sales are expected to grow as the new Discovery continues to go on sale across the world. Meanwhile, the stunning new Range Rover Velar is scheduled to go on sale later this year and is already building a strong order bank,” he added.

Jaguar hit record May retails with 13,613 vehicles sold, up 28% on the previous year with coninued solid demand for the F-PACE and growing sales of the long wheel base XFL from our China joint venture.

Land Rover retailed 31,874 vehicles in May, down 7.1% on the same month last year, as the sales of the all new Discovery (now on sale in the UK, Europe and China) and solid sales of the Range Rover were more than offset by the impact of Vehicle Excise Duty rates in the UK from 1 April 2017 and challenging conditions in Overseas markets such as Russia, Brazil and South Africa.

Retail sales for Jaguar Land Rover were 265,381 vehicles in the first five months of 2017, up 8.3% compared to the same period last year.