The vacant Jet slots will be allocated to other airlines, said Pradeep Singh Kharola, India`s aviation secretary, at a press conference in New Delhi. 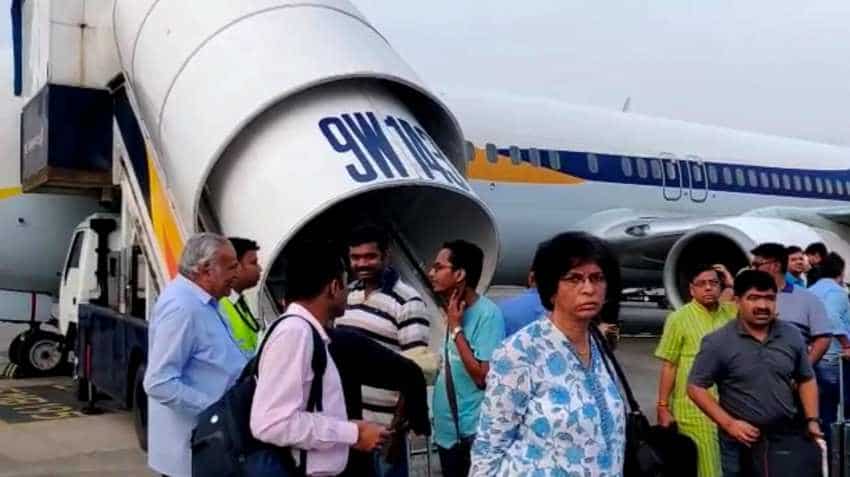 At least 280 slots were vacant in Mumbai and 160 in Delhi after Jet Airways ended all operations on Wednesday mid-night. Photo: Reuters
Written By: Reuters
RELATED NEWS

The Indian government plans to form a committee to temporarily allocate takeoff and landing slots left vacant by the grounding of Jet Airways flights, a senior official said, a day after the indebted carrier was forced to stop operations.

The vacant slots will be allocated to other airlines, said Pradeep Singh Kharola, India`s aviation secretary, at a press conference in New Delhi. At least 280 slots were vacant in Mumbai and 160 in Delhi, he said, after Jet Airways - once India`s largest private carrier - ended all operations on Wednesday evening after failing to secure further loans from lenders.

Airlines are in touch with lenders to lease grounded Jet Airways planes, which are likely to be taken up by local airlines including state-run Air India, which is also in talks with lenders, Kharola said. A bidding process is underway for a stake of up to 75 percent in Jet Airways, which is saddled with roughly $1.2 billion of bank debt. Kharola said there is "keen interest" from bidders. Top bosses of airlines have assured they will keep fares at reasonable levels, he added.