PM Modi has himself been personally keeping a close watch on Jet Airways crisis and asked Tata Group to provide as much help in the matter as possible, claimed a Zee Business Channel report. 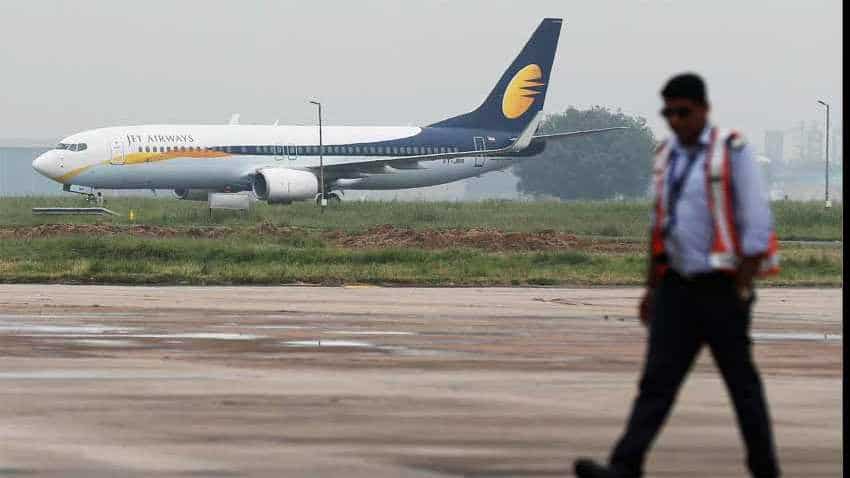 Also, on the other hand, if Jet's flight crashes, it will affect all aviation-related stocks.
Written By: ZeeBiz WebTeam
RELATED NEWS

Jet Airways Crisis: Naresh Goyal-led Jet Airways is going through financial turmoil and not only thousands of its employees, even the government is worried about its fate as well as impact on Indian aviation where demand has been soaring, but profits have been elusive for airlines. As per Zee Business TV's exclusive report, Tata Group has come forward to rescue Jet Airways after being prodded by Modi government.

According to the report, PM Modi has himself been personally keeping a close watch on Jet Airways crisis and asked Tata Group to provide as much help in the matter as possible.

Since the government is directly involved in the turmoil that the aviation sector is undergoing, the government may also give some benefits to Tata Group if it rescues the beleaguered airlines, claimed sources close the matter.

This may include some relief on bank loans that have been given to Jet Airways in the past and some relief from the Airport Authority of India on its dues to the Jet.

This will ease the financial burden of the Jet Airways and therefore, will help in its revival.

However, in its reaction, Jet Airways has dubbed all reports indicating a sell-off as untrue, including those of a merger with Tata group-SIA combine.

On aviation, Modi government has been working not only to boost the regional air connectivity but also to bring the Indian aviation sector at par with global standards. If Jet Airways fails to revive, this will not only hurt the investment sentiments of the sector will also put a question mark on the government's management of the sector.

Also, on the other hand, if Jet's flight crashes, it will affect all aviation-related stocks. Therefore, the government is operating from backdoor to save Jet Airways, report indicates.

Jet Airways' revival news have pushed its shares into the green zone. The Jet Airways shares were trading around 338 per unit at 12.15 pm on November 16.