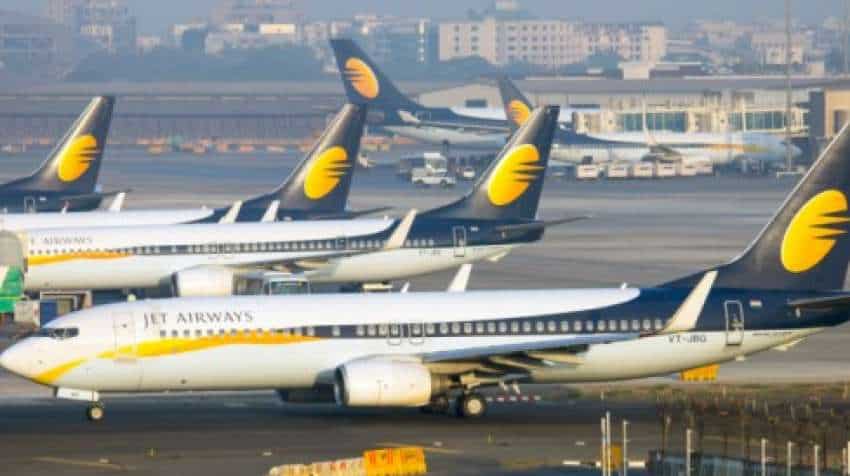 The quarter refers to the three months ended September 2021: PTI

In the latest quarter under review, the company had a total income of Rs 45.01 crore, according to a regulatory filing on Tuesday.

The airline, which has undergone an insolvency resolution process, had a profit of Rs 152.41 crore in the 2020 September quarter on a total income of Rs 172.61 crore, the filing showed.

The once-storied full-service carrier recognised a loss of Rs 244.98 crore in relation to the sale of an aircraft, which was attached by the Dutch administrator, in the latest September quarter.

The defunct airline is being managed by a monitoring committee, which is exercising the powers of the board of directors, as per the terms of the approved insolvency resolution plan.

A consortium of Murari Lal Jalan and Florian Fritsch has emerged as the winning bidder for Jet Airways after the completion of the resolution process under the Insolvency and Bankruptcy Code. The consortium's plan was approved by the National Company Law Tribunal (NCLT) in June this year.

"One aircraft (wide-body B-777) located outside India was attached by the Dutch administrator under the insolvency proceedings initiated in the Netherlands.

"During the quarter, the said aircraft was sold by the Dutch administrator and after deducting mandatory payments, the net proceeds were repatriated to India (the company has recognised a loss of Rs 24,498 lakh on the transaction)," the filing said.

The quarter refers to the three months ended September 2021.

The monitoring committee, at its meeting on Tuesday, approved the standalone financial results for the September quarter.

"... The monitoring committee is not in a position to provide the consolidated financial results as the subsidiaries of the company are separate legal entities, also currently non-operational, and the team is facing huge difficulty in obtaining relevant data from the said subsidiaries," the filing said.

After initiation of the resolution process, the company had received regulatory enquiries/notices/summons from various government authorities like the Serious Fraud Investigation Office, Enforcement Directorate, GST Mumbai and Income Tax Department and lenders have initiated an investigation audit, it added.

"Pending outcome of the ongoing investigations/enquiries, no impact of the same has been considered in these statements as of now," the filing noted.